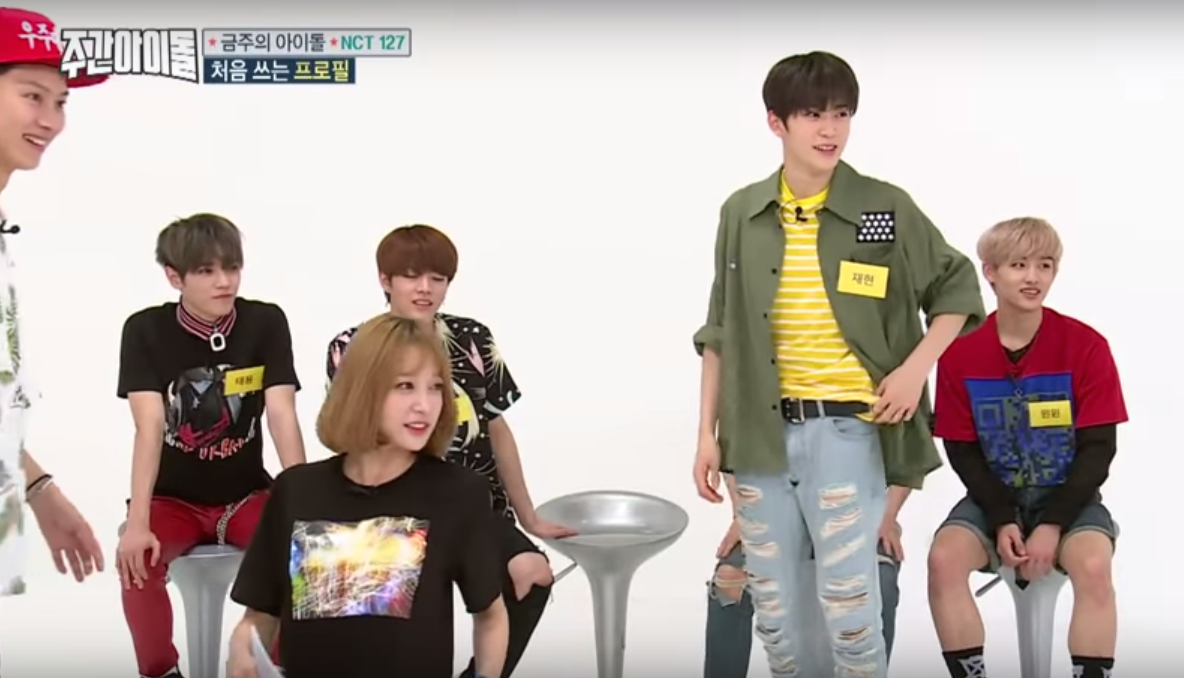 On August 24, NCT 127 was the featured guest on MBC Every1’s “Weekly Idol,” where they showed off their amazing dance moves and talked about who they want to emulate.

As expected, an episode of this show can’t exist without some hilarious shenanigans. According to member Jaehyun’s “profile,” he can show off his body in a way that would rival most girl groups.

The MCs put him to the test against EXID’s Hani, to see if he can pose better than her. They are asked to copy some of Hani’s old photo shoots. 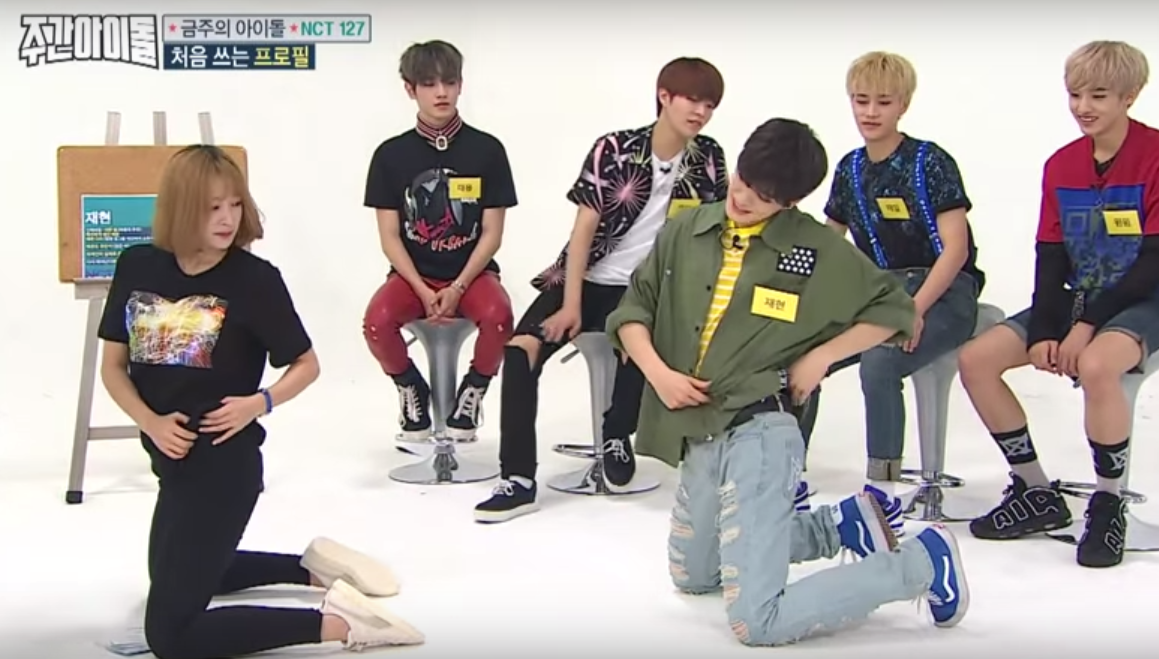 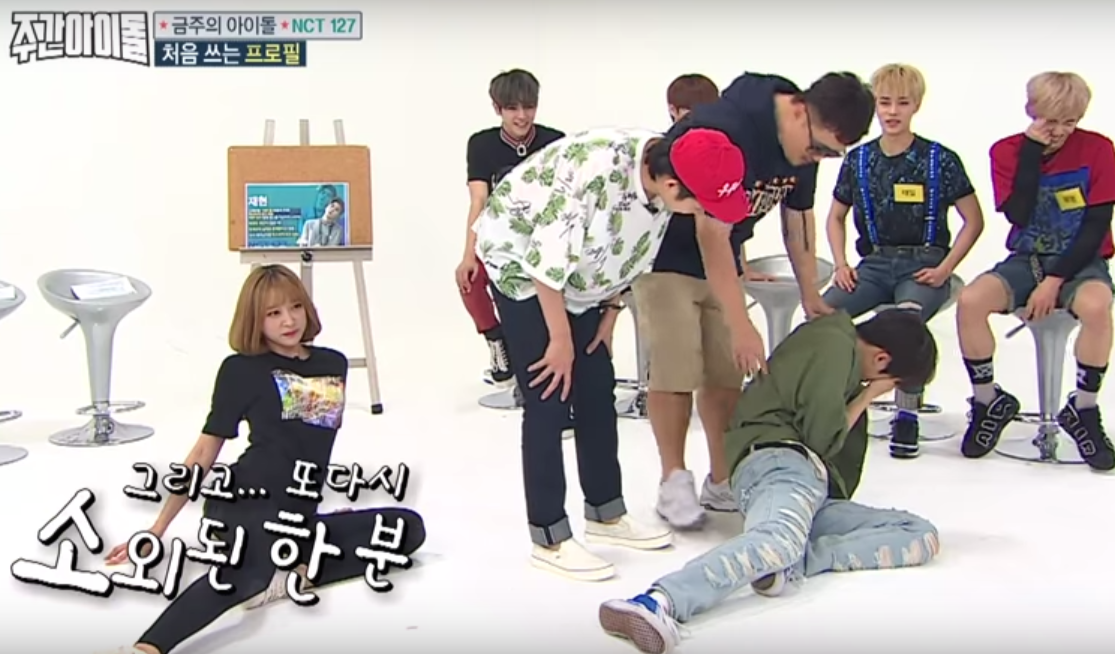 In good humor, Kim Heechul and Defconn shower Jaehyun with praises, while Hani appears to be jokingly questioning why she agreed to this.

Watch the hilarious scene down below and let us know your thoughts on their sexy poses!