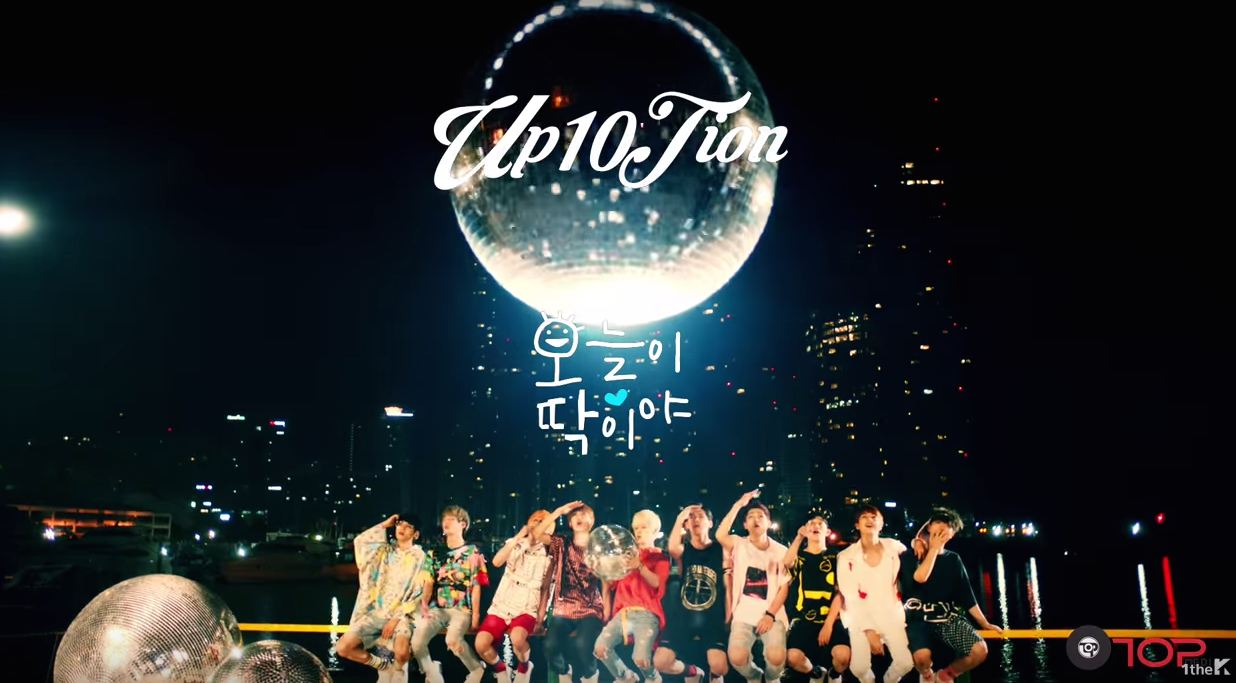 If you were curious to know what the boys of UP10TION were exclaiming during the end of their “Tonight” music video, look no further!

On August 24, the group released an adorable behind-the-scenes look at what happened while filming their latest summery track.

At the very end of the music video for “Tonight,” the boys stare at a giant disco ball in wonder. However, to no surprise, it appears that the disco ball was just the work of computer graphics, and UP10TION acted out their wonder.

In the short clip, you can hear cheering and exclamations like “Amazing!,” and “[it’s] falling!,” while lights shine on the set, imitating the reflective nature of a disco ball.

Watch the succinct but adorable video below!