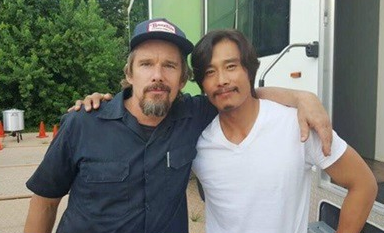 Actors Lee Byung Hun and Ethan Hawke reveal their transformations on set of the upcoming Hollywood film “The Magnificent Seven”!

On August 23, Lee Byung Hun’s agency BH Entertainment updated their Instagram with a shot of the two actors, with the caption “With the setting sun behind them #FilmingMagnificent7.”

In the photo, Ethan Hawke and Lee Byung Hun are in casual clothes, with their arms draped around each other’s shoulders. In another shot, they are posing in their clothes for the film. 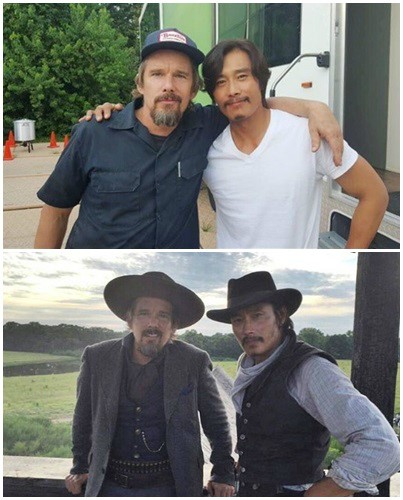 The Magnificent Seven
Lee Byung Hun
Ethan Hawke
How does this article make you feel?