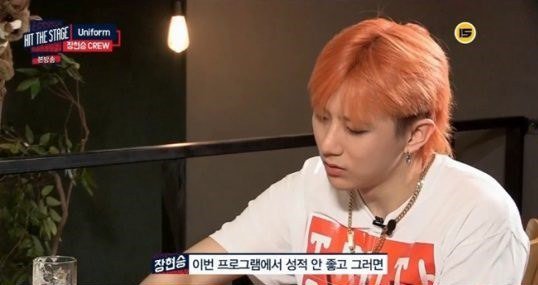 Former BEAST member Jang Hyunseung opens up about his fear over performing by himself- although he did not have anything to worry about!

On the August 24 episode of the Mnet dance competition show “Hit the Stage,” Jang Hyunseung discusses the pressure he feels as a solo singer.

Seated at a bar with a camera, he confesses, “If I’m not good, how much backlash will I face? Even if I try not to care too much, if my score’s not good then….”

He further reveals, “After I left the group, I honestly was scared.”

Despite his worries, however, he shows off an impressive performance and nearly takes the first place, but is narrowly surpassed by BIGSTAR’s Feeldog.

Jang Hyunseung
BEAST
Mnet
Hit the Stage
How does this article make you feel?