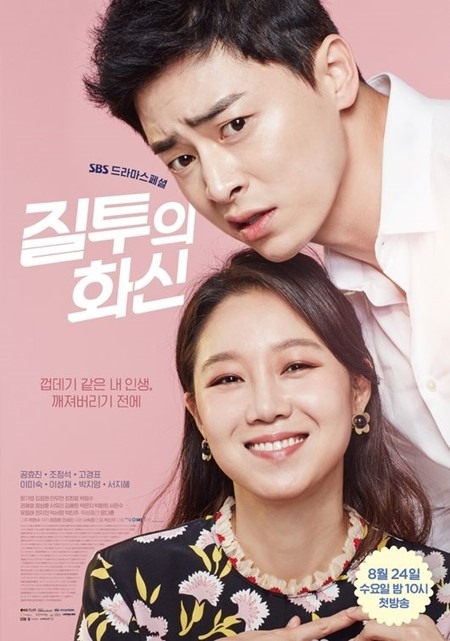 How Did The Premiere Of Jo Jung Suk And Gong Hyo Jin’s New Drama “Don’t Dare To Dream” Fare In Ratings Battle?

The new SBS Wednesday-Thursday drama “Don’t Dare to Dream (Jealousy Incarnate)” aired its first episode on August 24, and although the drama was highly anticipated, it wasn’t able to displace any of its competing dramas airing in the same time slot from their ratings rank.

According to Nielsen Korea, on August 24, the first episode of the drama, starring Jo Jung Suk and Gong Hyo Jin, premiered to ratings of 7.3 percent. Although it was 2.4 percent higher than the ratings the final episode of its predecessor “Wanted,” it still placed last place among the three big channels of KBS, SBS, and MBC.

The first place was taken by the MBC drama “W” with its tenth episode scoring a 12.3 percent rating. “Uncontrollably Fond” for KBS took the second place slot with a rating of 8 percent.