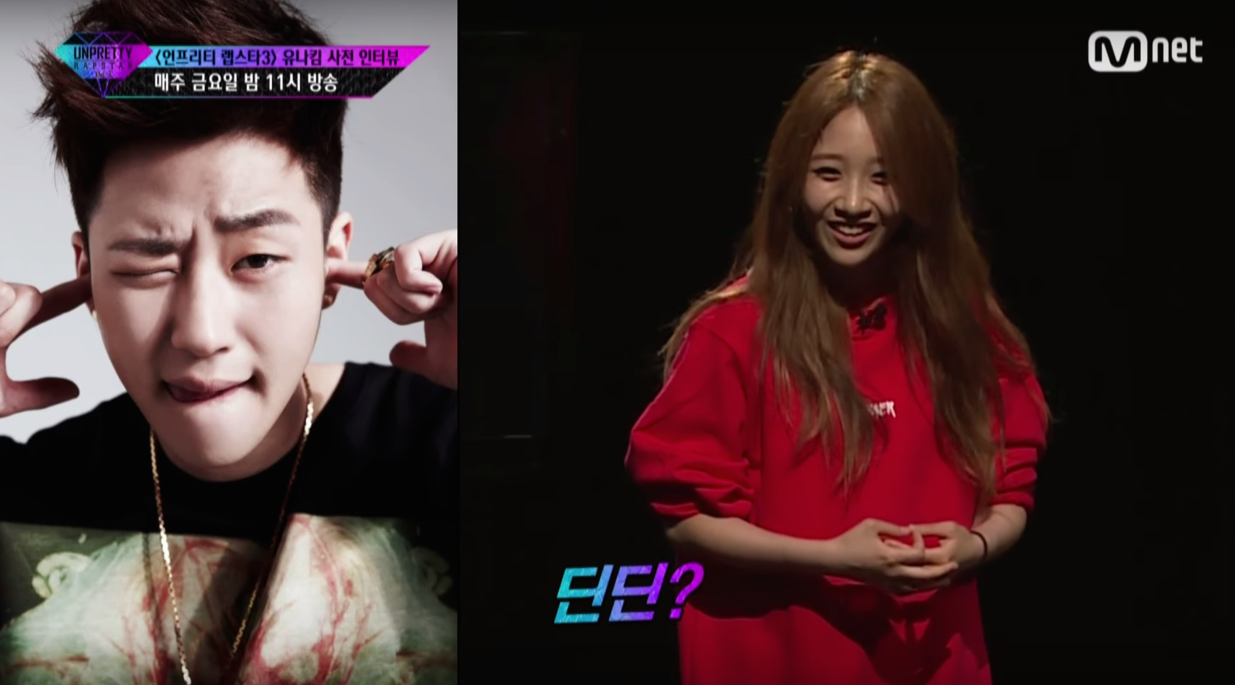 During an interview revealed by “Unpretty Rapstar 3” on August 24, Euna Kim adorably answers in an uncertain voice, “DinDin?, when asked if anyone helps her with her rapping.

She explains that he’s listened to her rap before, and gave constructive criticism. However, she cheekily adds that a lot of it truthfully went in one ear and out the other.

Euna Kim reveals that she does remember something he said to her, and says, “He said that I have to add sounds like ‘Whoo!’ at the very end so that I will look more relaxed and comfortable, and that ‘it’s swag.'”

The rapper then demonstrates what she means, hilariously addressing DinDin.

During the interview, Euna Kim also talks about while she didn’t appear on TV since the end of her time as a The Ark member and now, she performed on the streets of Hongdae many times because that was still a stage to her since people were listening.

Do you think that DinDin’s advice is true?

DinDin
Unpretty Rapstar 3
Euna Kim
How does this article make you feel?