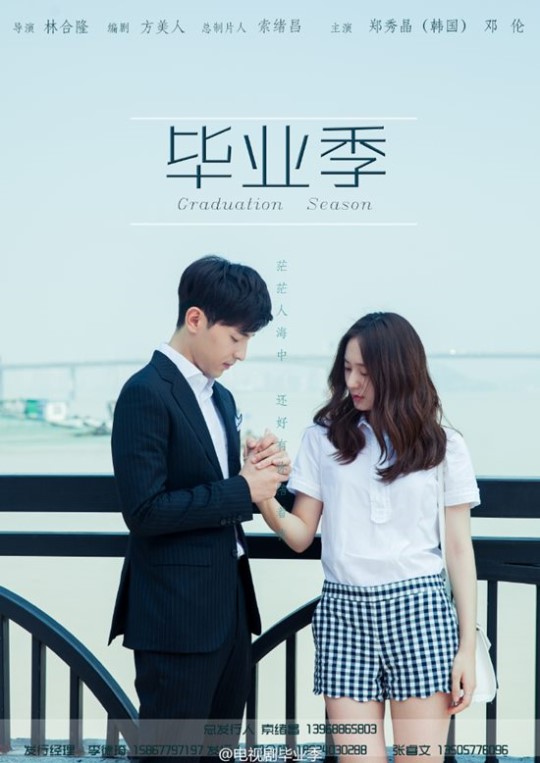 F(x) member Krystal will be coming soon to the small screen as the main character of a Chinese drama!

On August 24, “Graduation Season” revealed a poster for the new drama that shows Krystal with her counterpart, Chinese actor Deng Lun. In the official poster, Deng Lun is tightly holding Krystal’s hands on a bridge.

The drama tells the story of young adults as they leave college and step foot into the fast paced fashion industry. Filming finished in July and the drama is set to air soon!

Also reportedly starring in the drama are Seo Kang Joon and EXO’s Lay.

f(x)
Krystal
Deng Lun
Graduation Season
How does this article make you feel?