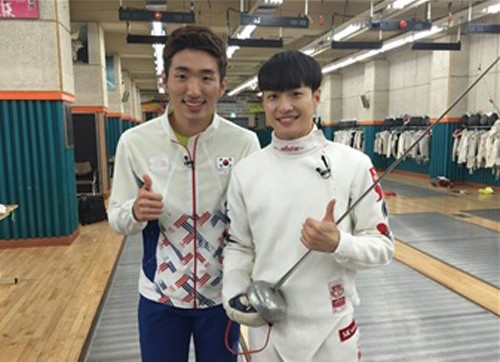 It’s not every day you get the chance to meet an Olympic gold medalist!

BIGSTAR’s Feeldog will reportedly be appearing on the Olympic special broadcast of KBS2’s “Entertainment Weekly” on August 27, where his meeting with Park Sang Young will be shown.

The athlete recently made a name for himself by winning the men’s individual épée for fencing at the Rio Olympics. His win was especially touching to watch, as he made a valiant comeback and won 15 to 14. 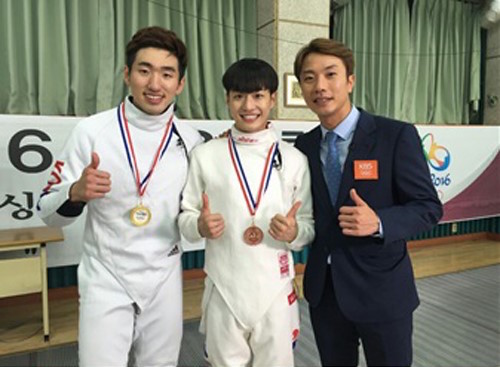 This is not the first time Feeldog will be fencing. Previously, the idol learned the sport for his appearance on the fencing special of “Dream Team 2.” Despite it being his first attempt at foil fencing, he led his team to victory with his innate talent, and even was awarded MVP for his efforts.

BIGSTAR
FeelDog
Park Sang Young
How does this article make you feel?