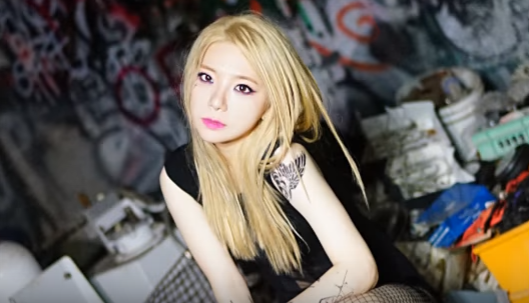 Rapper Tymee, who was a contestant on the first season of “Unpretty Rapstar,” recently released a diss track aimed at the show.

On August 24, she posted on her personal Instagram, “I’m speaking as one who has a lot of affection for ‘Unpretty Rapstar.’ It’s okay to make yourself pretty for a TV show, but you should make sure of your talent first. Except for Giant Pink and Yook Ji Dam, you all need to think some more. I’m sorry, President [of her agency]. I’m going to say what I have to say.”

In the diss track, Tymee says the show should be called “Pretty Unrapstar” instead and that too many people, regardless of talent, are trying out hip-hop just because it’s the trend. She also says that due to the lack of talent on the show, people are beginning to say women can’t rap again, which makes her angry.

Some lyrics like “Your rap sounds like narration” and “Instead of lipstick, grab a pen and paper” are aimed directly at the contestants, but Tymee also takes the time to call out society for continuing to use the label “female rappers.” In the song, she says that she is a feminist and that women should be known for their talent rather than their face.

You can listen to the song below (keep in mind that it contains strong language in Korean).

Tymee
Unpretty Rapstar 3
How does this article make you feel?