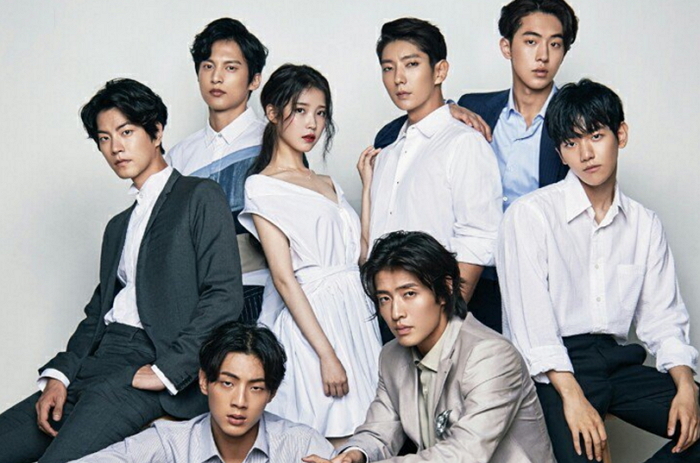 While she was, and still is, the envy of many for being surrounded by so many princes, IU reminds people that they’re just like everyone else.

On August 27, SBS’s upcoming drama “Scarlet Heart: Goryeo” aired a special ahead of its premiere on August 29. The hour-long program showed clips from the drama, behind-the-scene glimpses, and interviews with the cast.

During her own interview, IU is asked about her feelings working with such a good-looking cast, which includes Lee Joon Gi, Kang Ha Neul, Hong Jong Hyun, EXO’s Baekhyun, Nam Joo Hyuk, and Ji Soo, to name a few.

The singer candidly replies, “I got used to their good looks pretty quickly. I was only aware of the fact that I was surrounded by ‘flower boy princes’ at the beginning, and forgot about it later on.”

She explains, “Because we suffered and went through a lot [together]…,” and insinuates that even handsome men have their down days.

Meanwhile, IU takes on the role of Hae Soo, a modern who slips back into the Goryeo era, and becomes entangled in the princes’ fight for the crown.