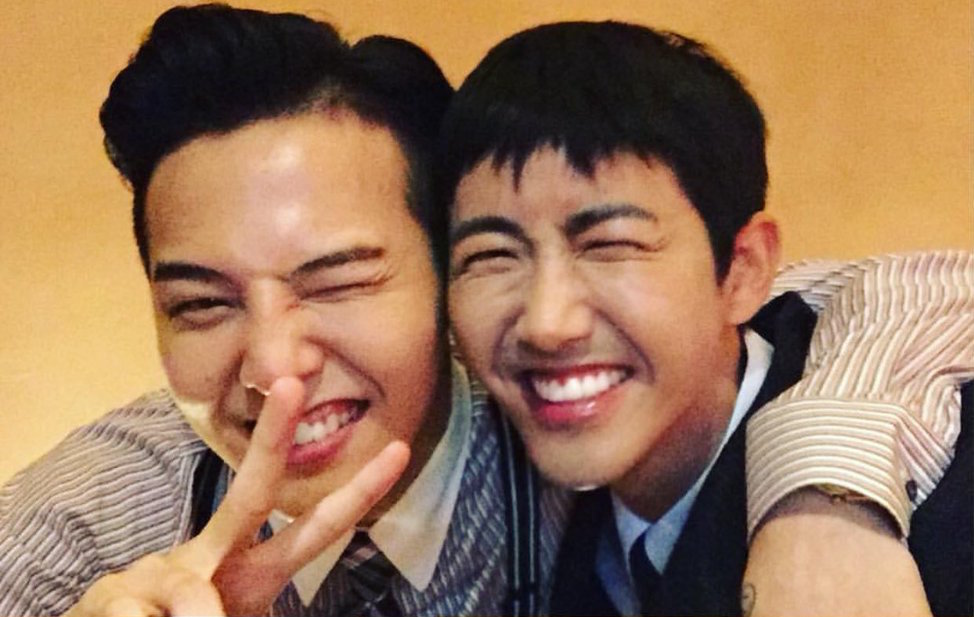 It looks like Kwanghee was right all this time when he spoke of his close friendship with BIGBANG’s G-Dragon!

On the August 27 episode of the MBC variety show “Infinite Challenge,” G-Dragon appears as a guest for their “2016 Muhan Company” special.

As they film on set with the rest of the cast members, G-Dragon notices that Kwanghee is still being a bit careful around the cast and he encourages him. Touched by his action, Kwanghee reveals a similarly encouraging message that he had received from G-Dragon previously.

In the message, G-Dragon wrote, “Kwanghee, are you doing well? I’m watching your broadcasts. You’re thinking about a lot of things these days, aren’t you? You’re doing well so broaden your shoulders and be confident. You’re funny. Don’t feel pressured and work hard. I can’t keep in contact frequently because I’m busy but I’m always cheering for you.” 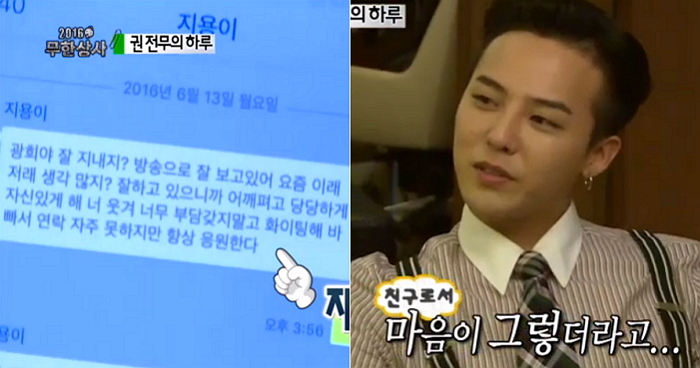 G-Dragon and Kwanghee previously had worked together on “Infinite Challenge” during their music festival special in 2015, and have cultivated their friendship since then.

Check out the entire episode of “Infinite Challenge” on Viki below!

BIGBANG
G-Dragon
Kwanghee
ZE:A
Infinite Challenge
How does this article make you feel?