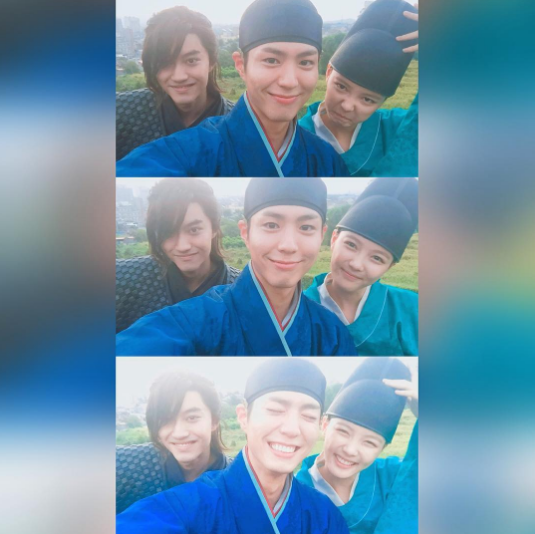 Three stars of “Moonlight Drawn By Clouds” have shown off their friendship, as well as some cute aegyo!

On August 27, actress Kim Yoo Jung shared three photos of herself to Instagram with her “Moonlight Drawn By Clouds” co-stars Kwak Dong Yeon and Park Bo Gum. The three stars smile and make funny faces at the camera in their costumes against a backdrop of the countryside as they film on location.

She promises fans in the caption that they’ll be able see the trio on television after just two more nights’ sleep, and then reminds us of when the show will be on television.

Park Bo Gum
Kim Yoo Jung
Kwak Dong Yeon
Love in the Moonlight
How does this article make you feel?