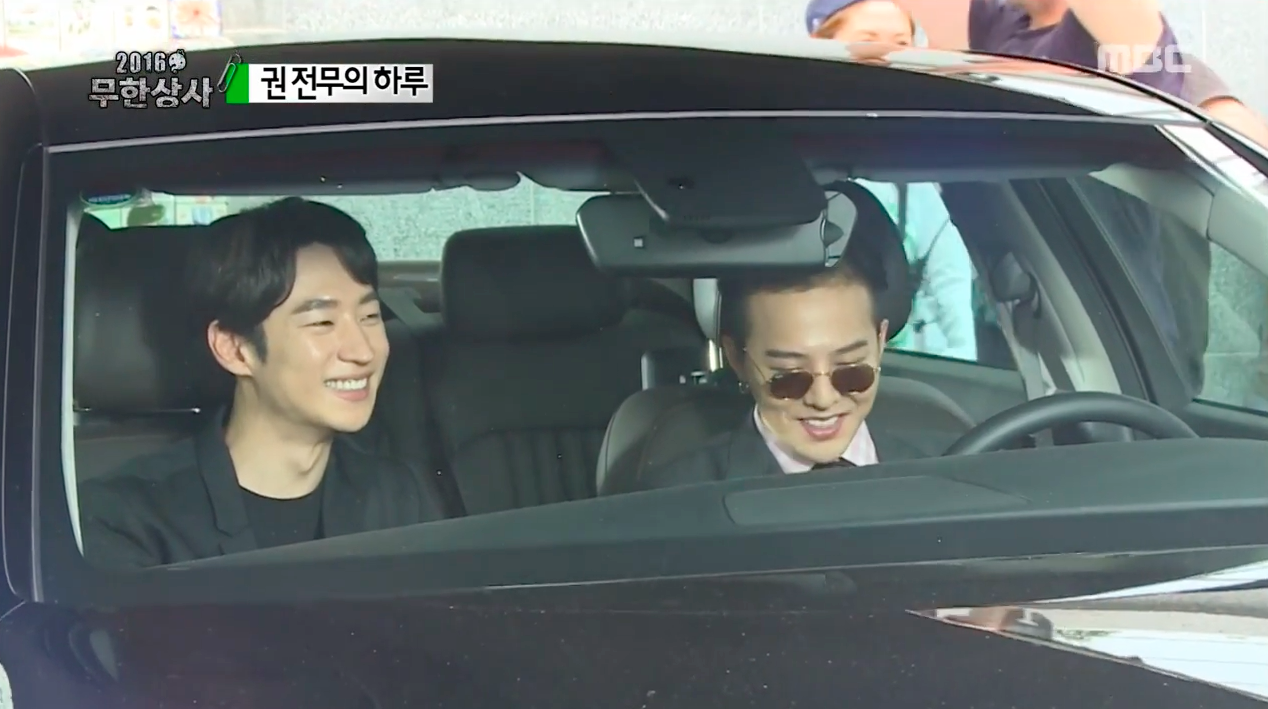 Watch: Filming With G-Dragon Brings Out The Fanboy In Lee Je Hoon On “Infinite Challenge”

Actor Lee Je Hoon is thrilled to have the chance to film with BIGBANG member G-Dragon in August 27’s episode of “Infinite Challenge”!

The two top stars are both in the episode to make cameos in the show’s special entitled “Muhan Company.” They meet each other when they’re about to film a short scene together in a car, and Lee Je Hoon is all smiles while they’re waiting for the shoot to begin.

He turns to G-Dragon and tells him how much he loves BIGBANG’s recent songs “Loser” and “Bae Bae,” calling them his favorite of the group’s tracks, and G-Dragon laughs and politely says, “Thank you!”

Lee Je Hoon then asks him, “Have you finished up your tour?” The show then skips to him saying, “I really want to go but it’s probably all sold out already! Tomorrow’s show is already all sold, right?” 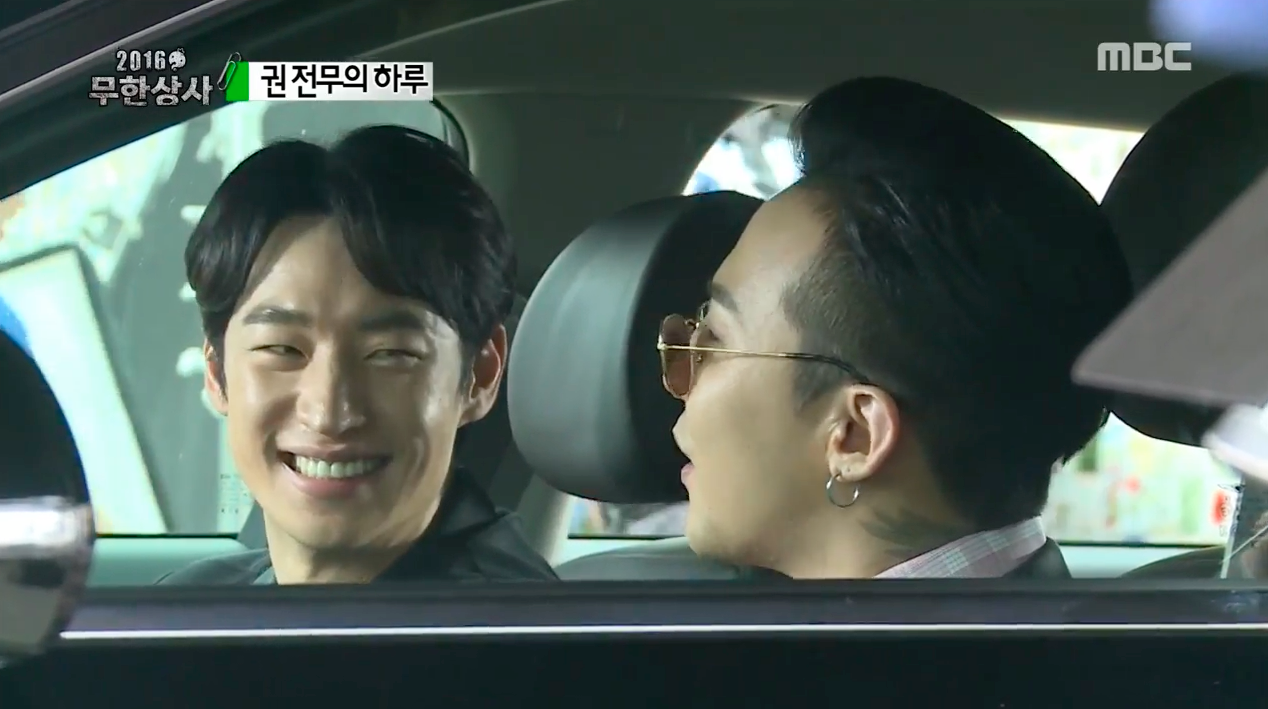 G-Dragon then invites him to a show, and Lee Je Hoon can hardly contain his fanboy joy when G-Dragon says, “I’ll give you my phone number.” 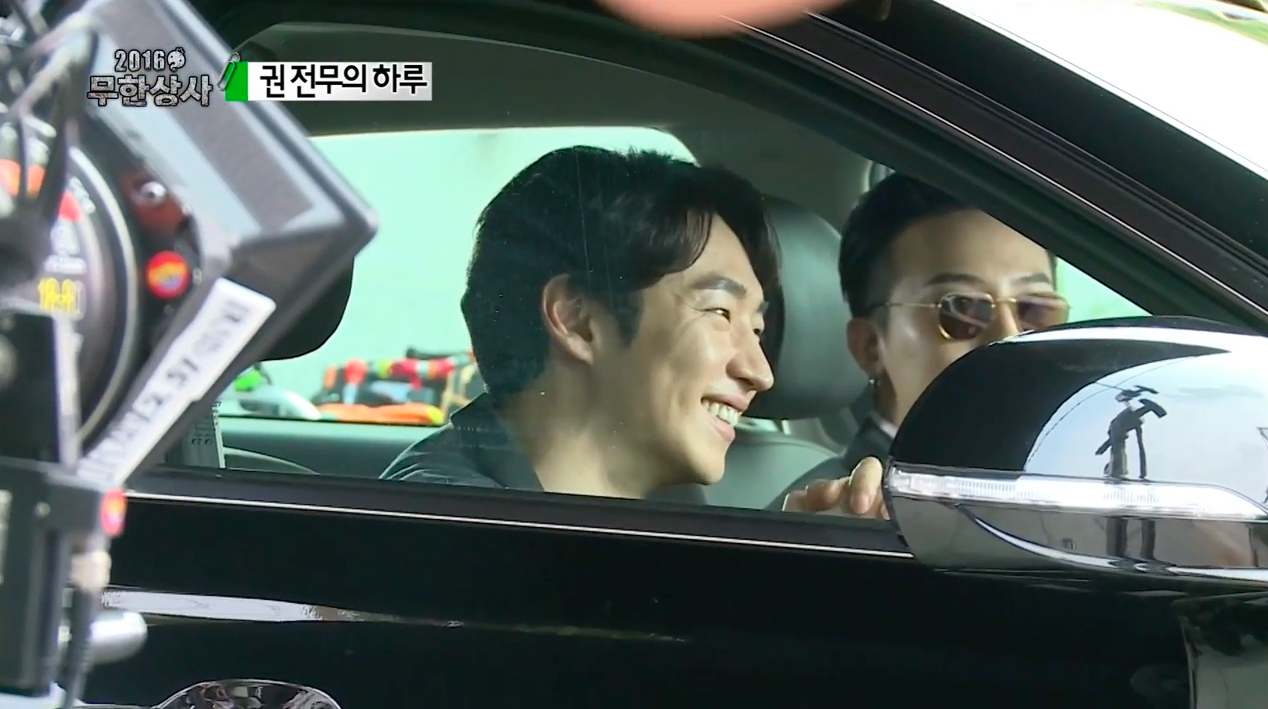 In a private interview, Lee Je Hoon says, “I’m such a big fan of G-Dragon, and I got to meet him and talk to him.” He then laughs at himself as he says, “I think getting to meet G-Dragon was even better than filming today!” 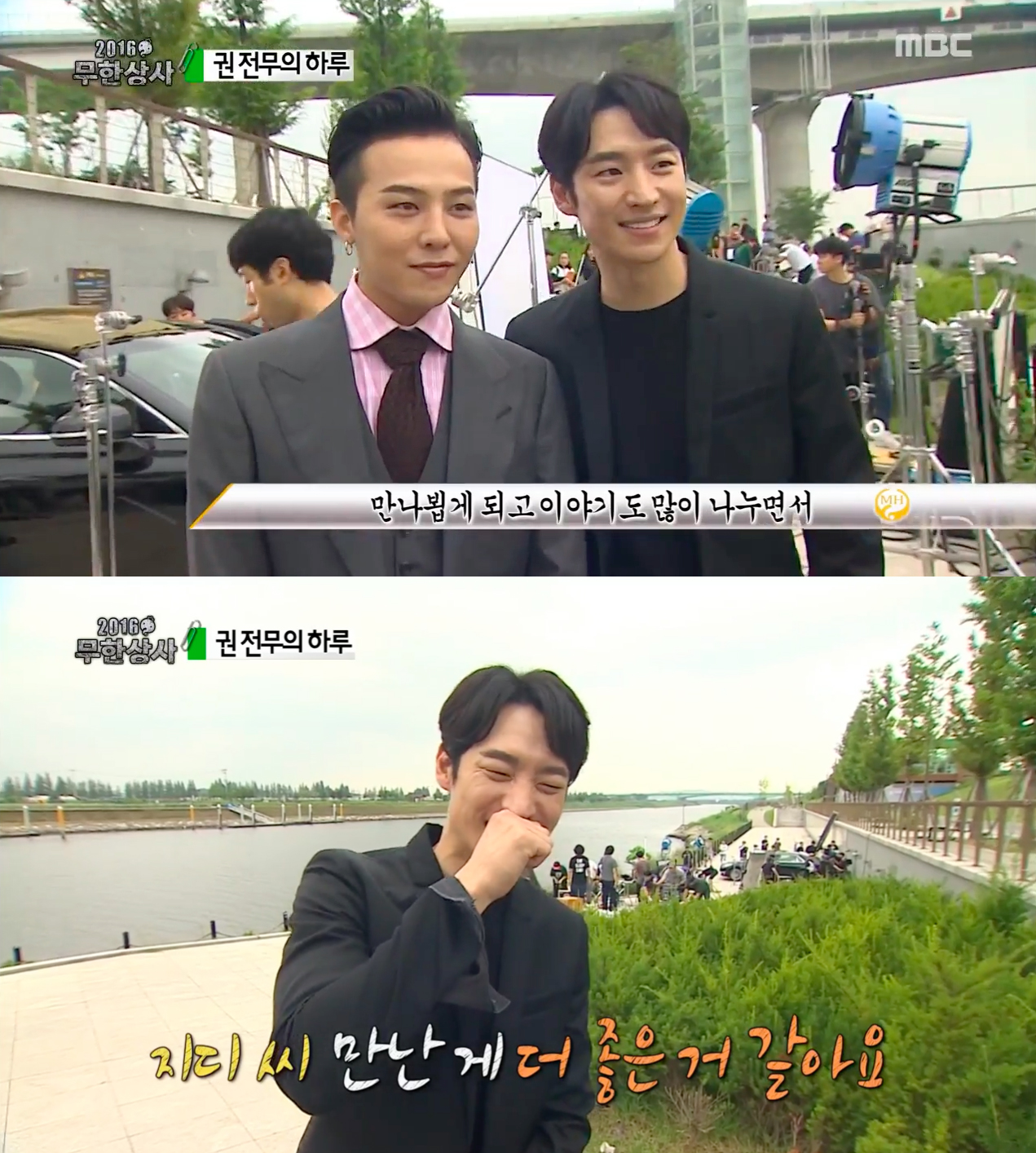