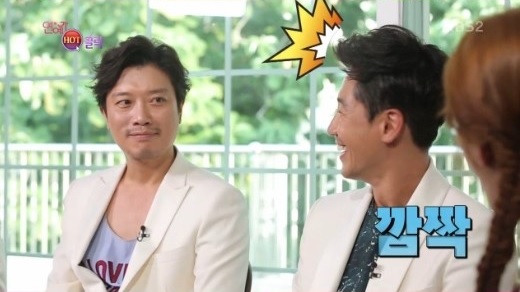 Did Shin Ha Kyun’s Co-Stars Hint About His Relationship With Kim Go Eun?

Shin Ha Kyun’s “Detour” co-stars seem to have been in the know about the actor’s relationship with Kim Go Eun before the news broke!

On a recent episode of KBS2’s “Entertainment Relay,” the stars of film “Detour,” Shin Ha Kyun, Park Hee Soon, and Oh Man Suk sat down for an interview. The segment was filmed on August 12, before Shin Ha Kyun and Kim Go Eun were confirmed to be dating. During the interview, the three actors were asked what kind of woman would be a good match for the “single” Shin Ha Kyun. 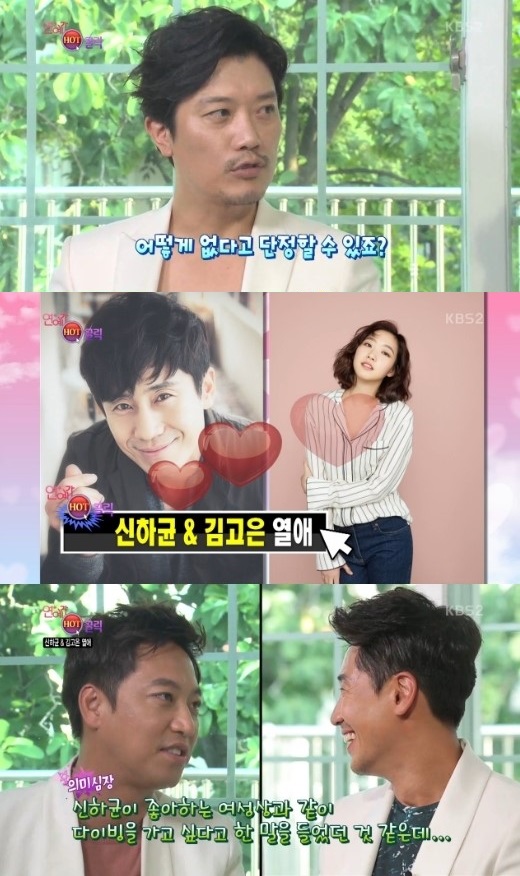 Park Hee Soon responded, “How could you conclude that he doesn’t already have one,” taking Shin Ha Kyun by surprise.

Oh Man Suk chimed in, “I agree. I heard that he wants to go diving with the girl he likes.”

It was recently revealed that labelmates and skin scuba diving clubmates Shin Ha Kyun and Kim Go Eun are in a relationship. Following the news, a photo of the couple on a skin scuba diving trip resurfaced online.