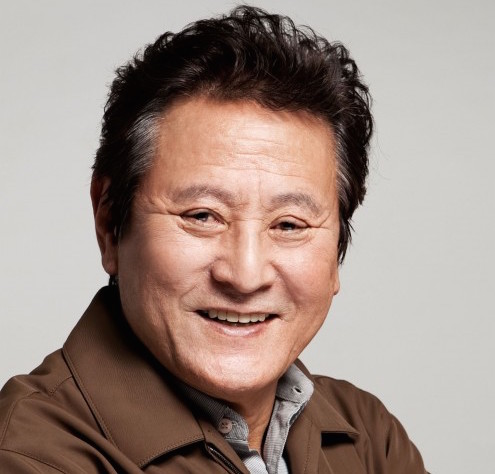 On the August 27 broadcast of SBS Power FM’s “2 O’Clock Escape Cultwo Show” radio program, veteran actor Park Geun Hyung explained the love and dedication he has for his to-be-released film, “Grandfather,” where he plays the main character.

He talks about how filming action scenes were hard for him, especially when they were filmed in high places. The actor explains, “I have a fear of heights but we filmed at around 10 stories high. [The place] was still undergoing construction, so it didn’t even have handrails yet. I felt really dizzy going up and down.”

Regarding one of the scenes from the movie where he leaps from a high height, he reveals while laughing, “I didn’t jump out myself, but the editing was really well done.”

Park Geun Hyun also remembers how he had to be sent to the emergency room once during filming.

He starts off by explaining how they were filming in the summer, and it was even hotter than it is now. Because the movie didn’t have a huge budget, they couldn’t spend their money however they wanted. So, they rented a house for filming but because it was an enclosed area, the temperature ended up rising to around 27 degrees Celsius (around 80.6 degrees Fahrenheit) without air-conditioning.

The actor says, “I ended up getting a case of vertigo and so I went to the emergency room and got an IV drip.”

“Grandfather” is an action thriller that tells the story of an Vietnam war veteran who struggles to save his granddaughter against all costs. It will be reportedly released on August 31.

Park Geun Hyung
Cultwo Show
How does this article make you feel?