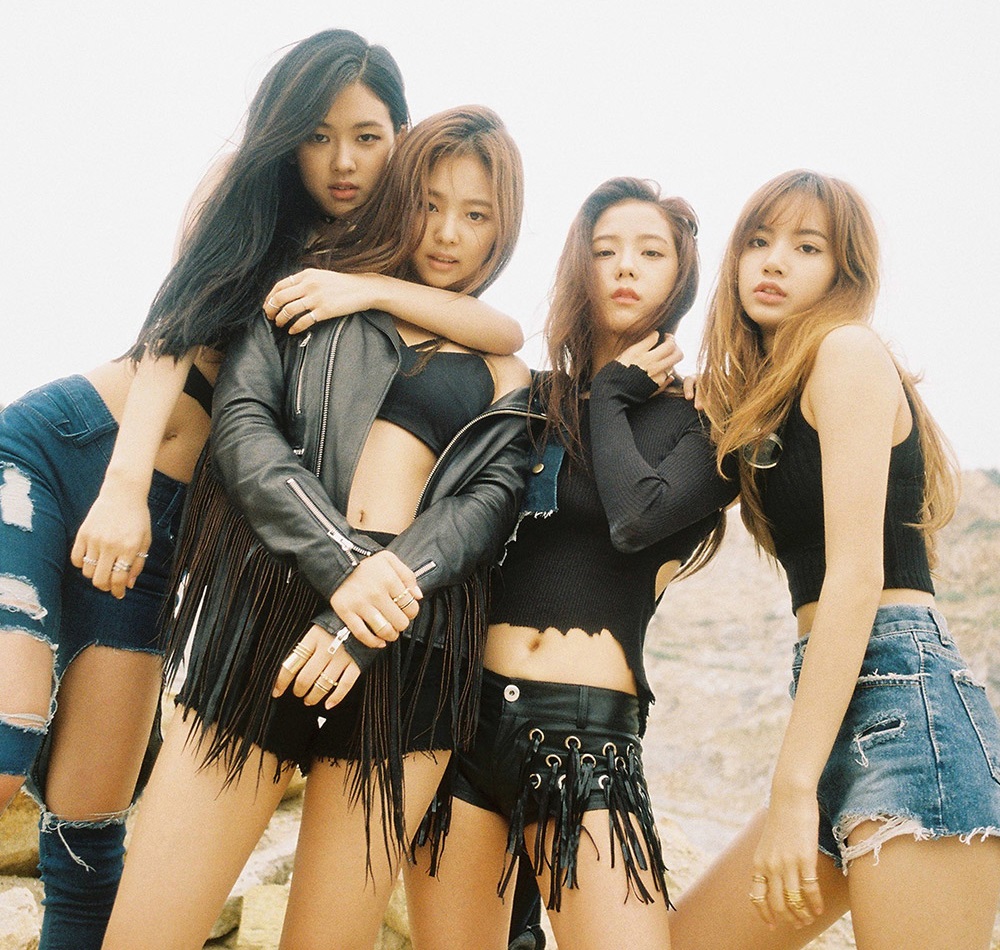 Two rookie female groups in the top two. Female artists only in the top nine. How often does that happen? (The answer: Not often.)

YG Entertainment’s new female quartet BLACKPINK scored their first No. 1 song with their debut hit “Whistle.” Just like their labelmate and sunbae 2NE1, BLACKPINK has been in training for years. With lots of rumors over the past two years about their upcoming debut, the hype was real, and it ensured that BLACKPINK would experience immediate success when they finally did debut.

“Whistle” is one of the two title songs from BLACKPINK’s debut single album “Square One.” True to YG style, it’s a hip-hop song with lots of drum beats and bass . The melody captures the whistling theme. The song won on Inkigayo last week and also topped the GAON chart for two straight weeks. It reminds us of 2NE1’s debut back in 2009 when their first hit “Fire” swept all the charts.

Moving up 12 spots to No. 2 is I.O.I’s second hit song “Whatta Man.” This song, based somewhat on a 1968 tune with a similar name (which itself was covered again in 1993), featured I.O.I’s seven of eleven members. “Whatta Man” had a lot of success in music shows last week, winning on Music Bank, M! Countdown, and Show Champion.

As mentioned, the only male representation this week in the Top 10 is the tenth place artist, the indie group Standing Egg, with the song “Summer Night You and I.” There are no male idol groups. But that should change next week as EXO and VIXX are expected to hit the Top 10 next week. Stay tuned!