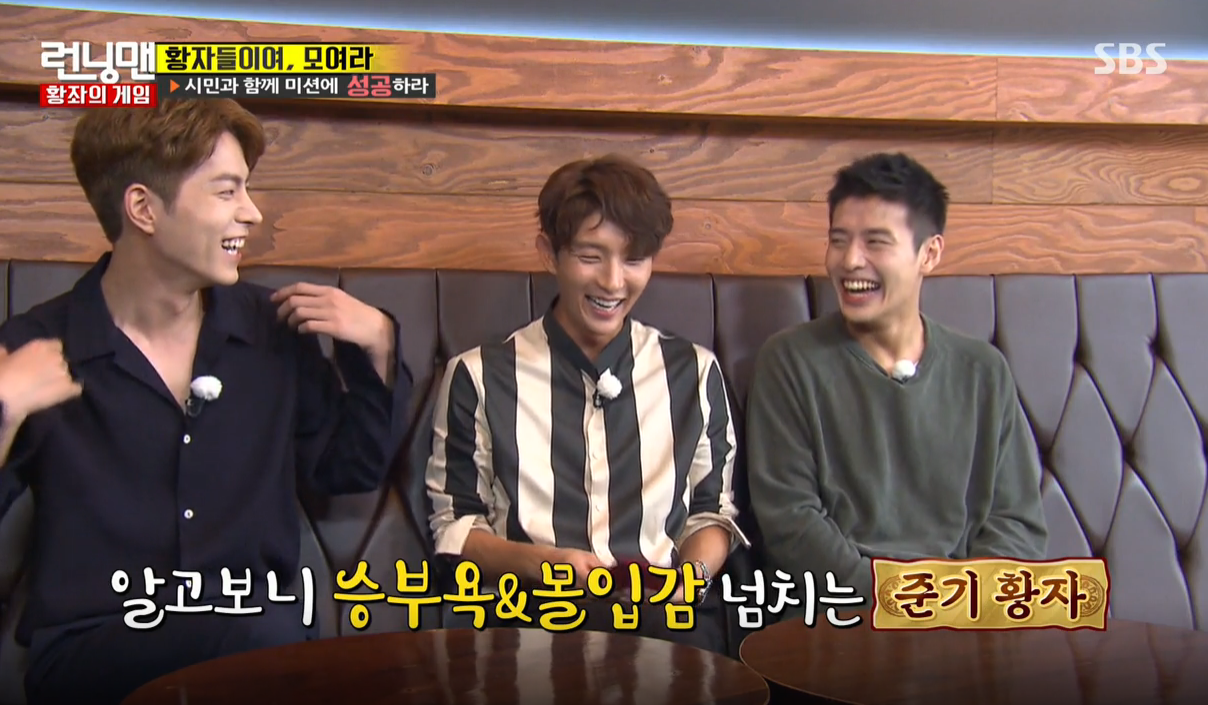 These “princes” from “Scarlet Heart: Goryeo” definitely looked just as cute as children!

Lee Joon Gi, Hong Jong Hyun, and Kang Ha Neul were the featured guests on the August 28 broadcast of SBS’s Running Man, where they faced off in a battle of princes.

When the cast and guests arrive at a new location for one of the games, they’re greeted with everyone’s baby pictures plastered on the walls.

As they go around trying to guess who is who, Yoo Jae Suk‘s baby photo receives attention for his smart-looking clothing, while they point out Song Ji Hyo‘s photo as well. 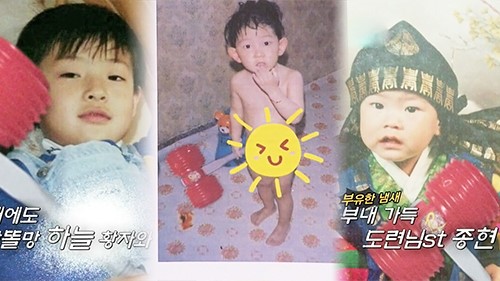 When they come across an infant in the nude, everyone figures out that it is none other than Lee Joon Gi. They also discover Kang Ha Neul and Hong Jong Hyun’s adorable pictures as well, exclaiming compliments. All three actors’ photos show that they haven’t changed much since their early years.

Meanwhile, there was one other photo that stuck out for how old it looked. Kim Jong Kook and the rest of the Running Man cast can’t help but good-naturedly joke around about Ji Suk Jin‘s baby photo, which becomes evidence of his age.

Which baby photo was your favorite? Don’t forget to check out the whole episode below!