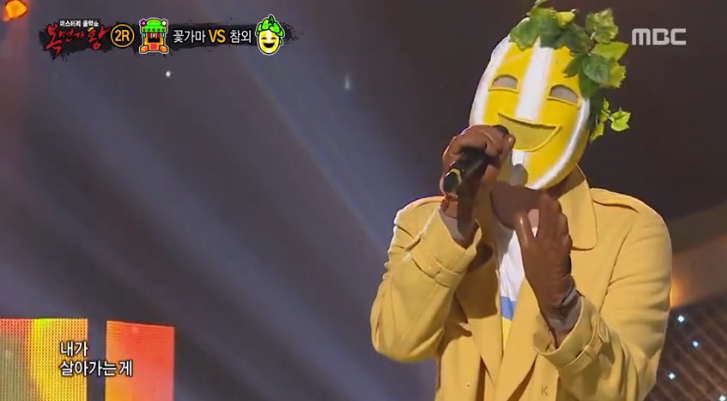 On August 28’s episode of “King of Masked Singer,” a member of a veteran idol group shares his love for rock ballads!

After winning their individual competitions in the first round during last week’s episode, the contestants Melon and Flower Palanquin go head to head in the second round. Flower Palanquin performs Yoo Young Jin’s “The Scent of You,” and Melon takes the stage to perform the ballad “Hello” by Huh Gak.

Flower Palanquin ends up winning the round with a score of 54 to 45, and so it’s time for Melon to reveal his identity. He removes his mask to show that he is SS501 (and its sub-unit SS301) member Heo Young Saeng! 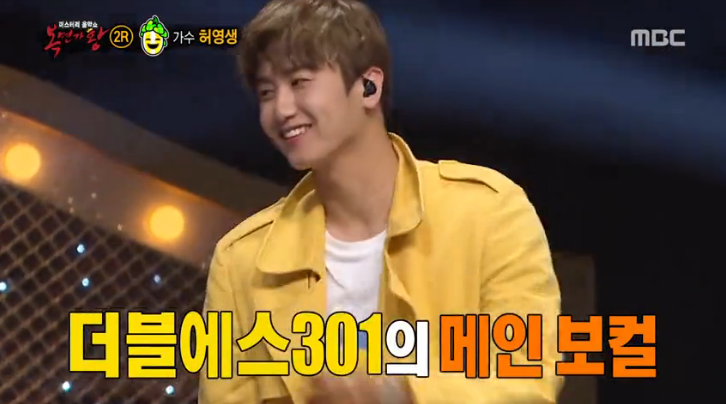 Heo Young Saeng says he’s wanted to come on the show since he used to watch it while in the army. He adds, “I’ve always liked rock ballads, and the song I prepared for the third round was rock. It’s a genre that I really love and have confidence in, so it’s too bad.” However, the panel and audience encourage him to sing his third round song even though he’s no longer in the running for the champion title.

He then performs the 1999 rock ballad “To Her Lover” by K2. Afterwards, members of the panel say they got goosebumps while listening!

Heo Young Saeng says in his post-performance interview, “I think a prejudice I had about myself has been broken now.” He promises, “I’ll keep performing great music for everyone.”

The singer also shared a photo to Instagram of himself with his mask half on, writing as the caption, “I was more nervous watching the show on TV than I was when we were recording. It was a performance that I have some regrets about. Flower Palanquin! Since you beat me, please win. Good work to our staff too for keeping the secret.”

SS301
Heo Young Saeng
SS501
The King of Mask Singer
How does this article make you feel?