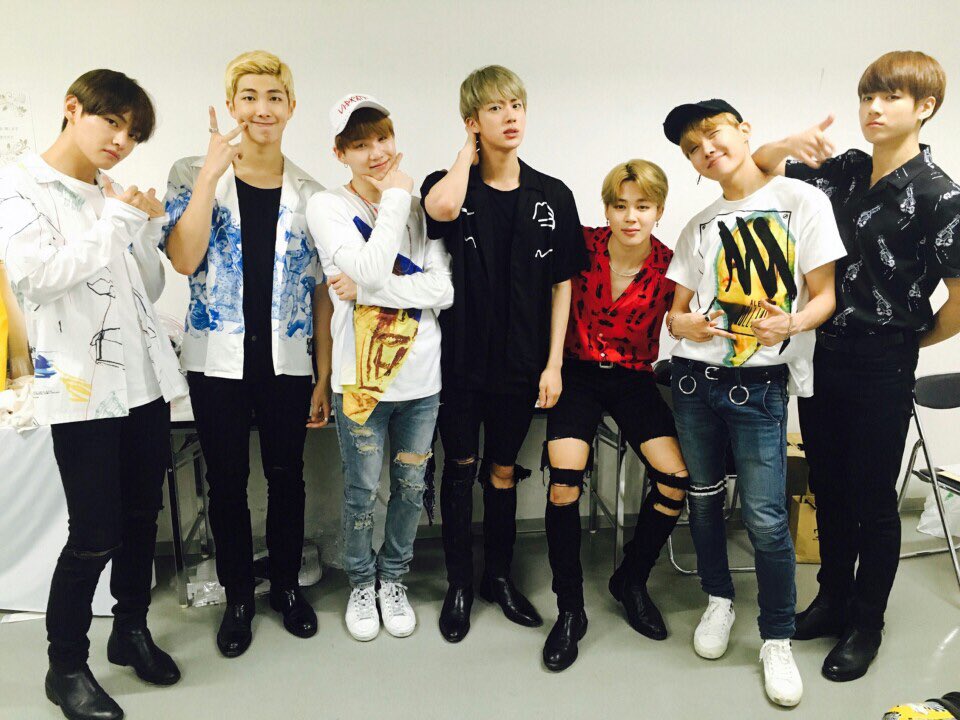 The official Twitter account for personal tweets by the members of BTS has reached a whopping three million followers!

J-Hope then updated their Twitter with a screenshot of their Twitter page with exactly three million followers, covered in a photoshopped image of his head on the body of a character from the film “300” holding a BTS bomb light stick. J-Hope also shared similar celebration screenshots before when their account reached one and two million followers.

Meanwhile, the guys performed at the Japanese music festival “a-nation” for the first time on August 28.

Congratulations on the milestone, BTS!