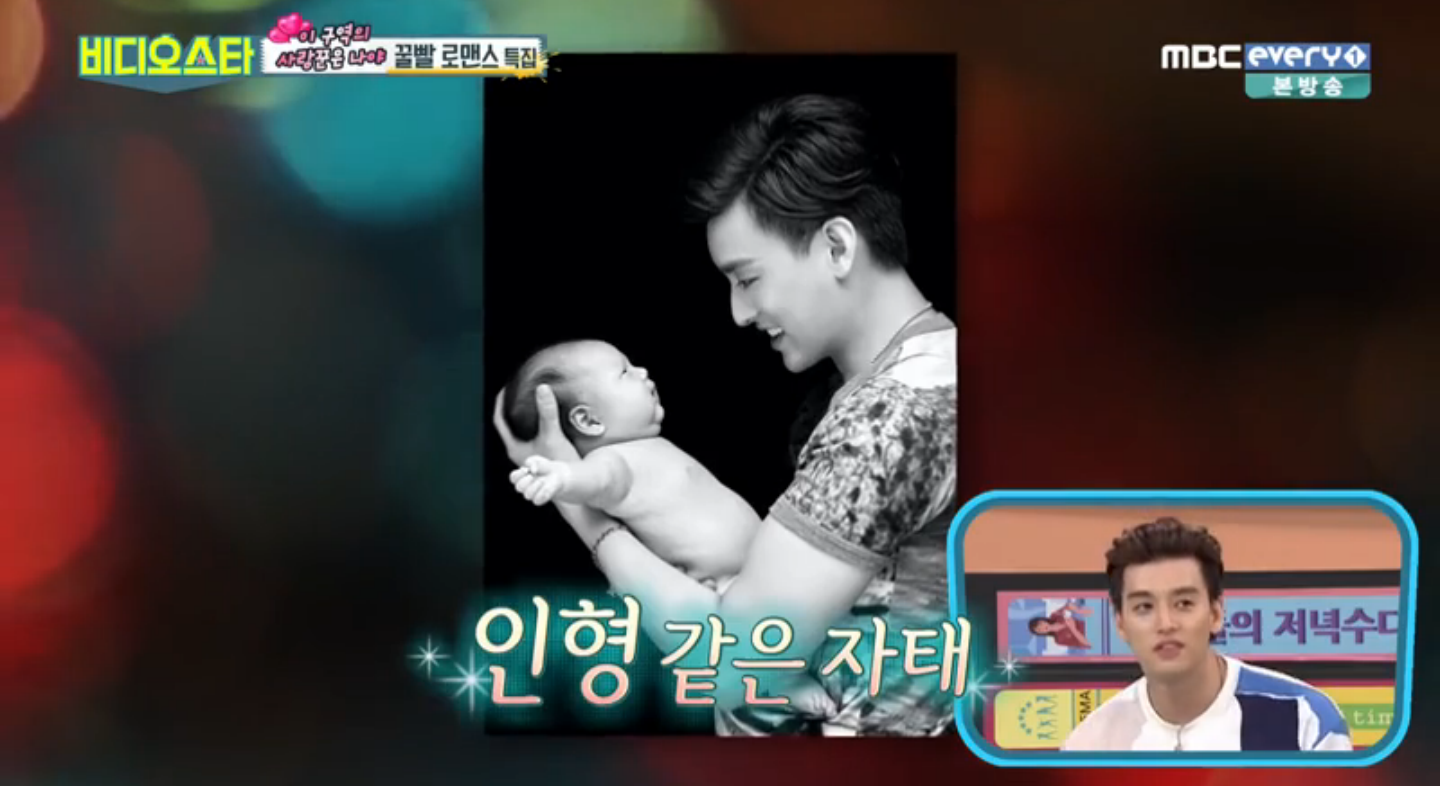 On August 30’s episode of MBC every1’s “Video Star,” U-KISS member Eli appears as a guest along with three other stars known for being romantics, including Kim Ga Yun, Kwak Jung Eun, and Dana.

Eli and his wife privately registered their marriage in June of 2014, and revealed their marriage publicly via Instagram in December of 2015, when he also announced that his wife was three months pregnant. The pair welcomed a son to the world in June.

The hosts of “Video Star” are thrilled in this week’s episode that Eli is going to be showing photos of his baby son on the show for the first time, and he confirms that he’s only ever revealed the back of his son’s head on social media before. Dana then gets Eli to dance while pretending to hold a baby in his arms, which cracks everyone up. 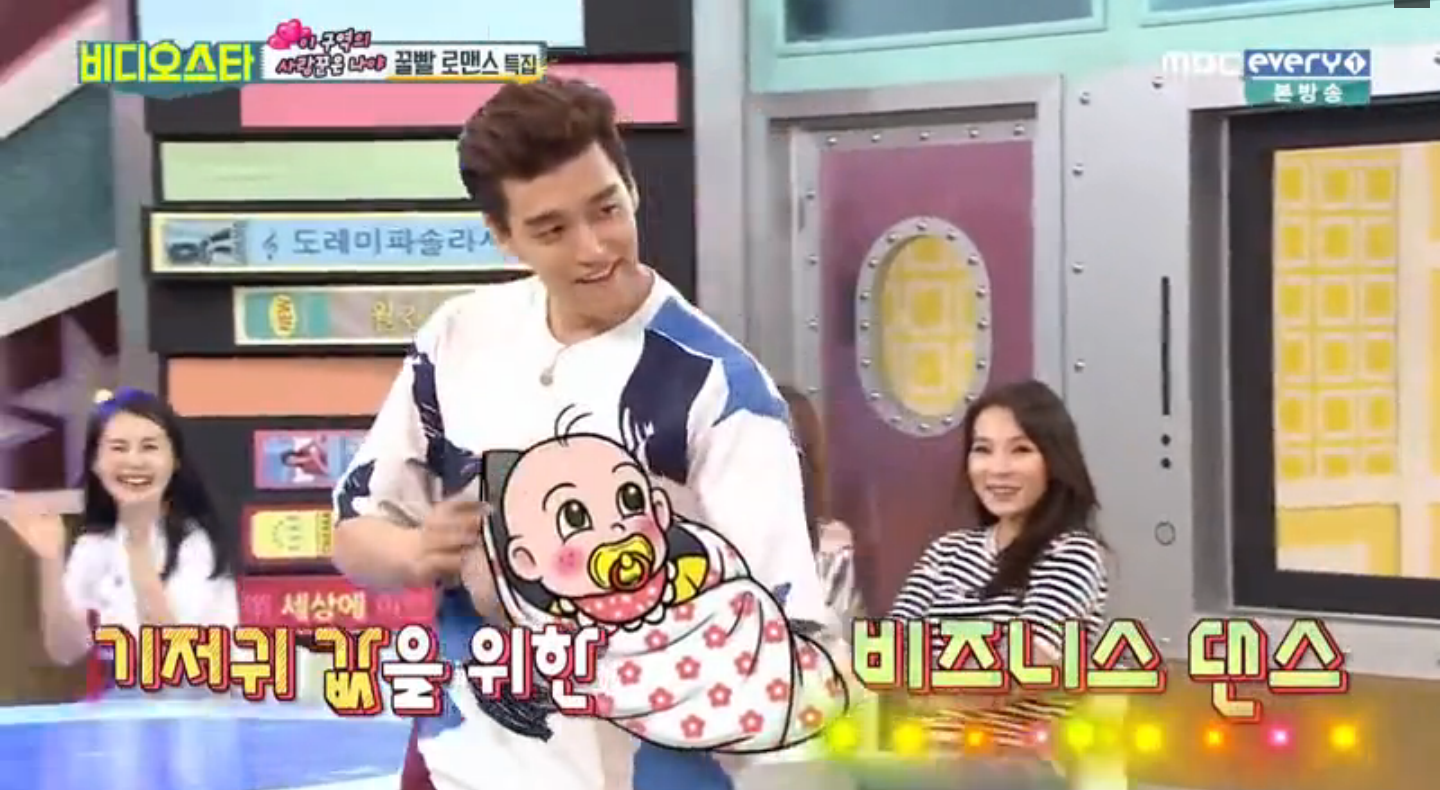 Later on, the hosts ask Eli more about his wife, who is a model that is eleven years older than him. He admits that the first thing he fell for in terms of her appearance was her “S-Line,” or curvy figure.

When the hosts ask how long it took for him to convince her to date him, he says, “I chased after her for about a year. She was initially worried about our eleven-year age difference, and thought it would be better if we kept our distance.” 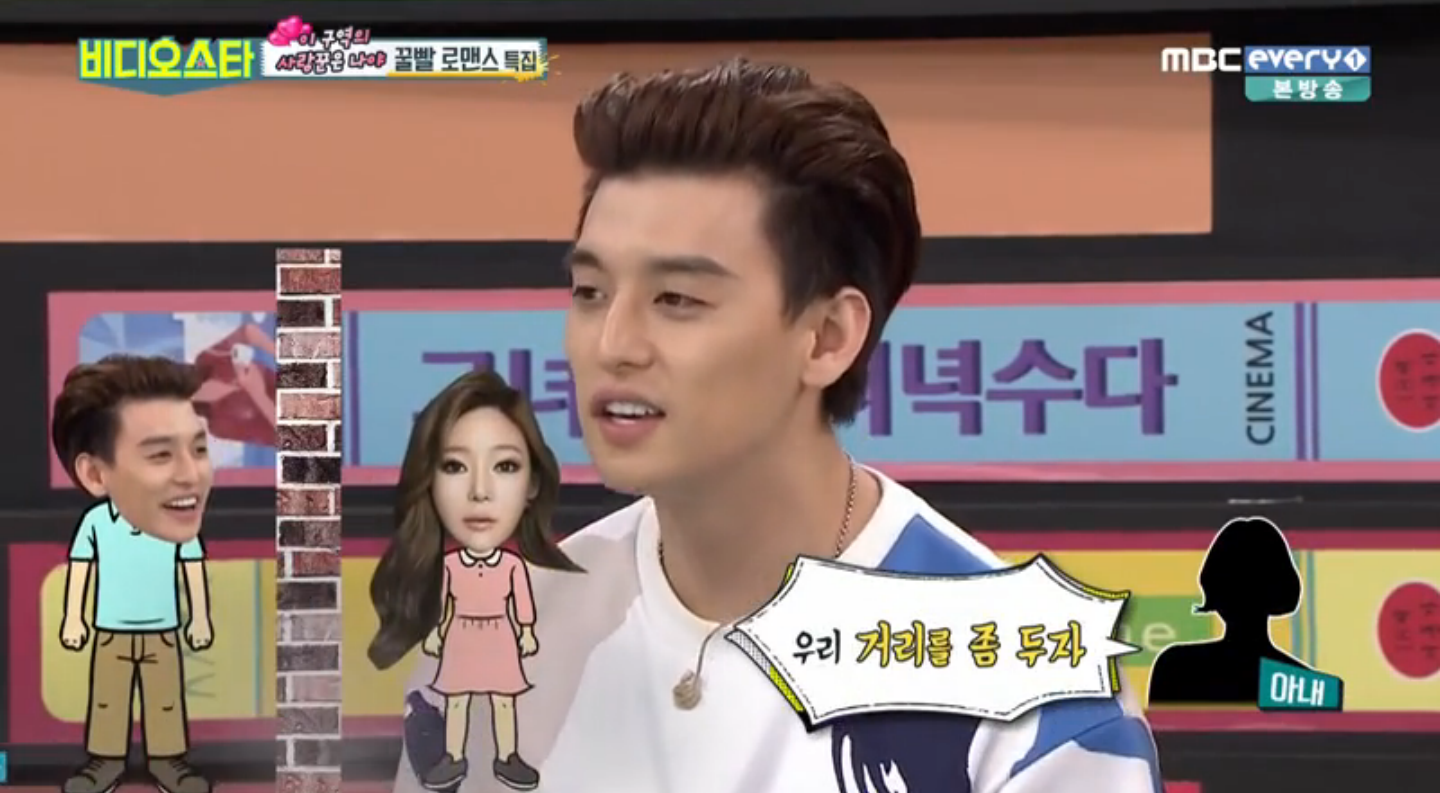 He goes on to say with a laugh, “But then I suggested we go on a drive to the Han river, because I think I look really cool when driving.” The hosts ask him if he tried to look cool while reversing with his arm over the back of her headrest, and he says he definitely did. He adds, “I was even holding the parking ticket in my teeth!” He had also prepared a bouquet of flowers for her, and asked her if she would date him. She asked him if he was sure, because she was worried about the age difference, but he said, “Age is just a number.” 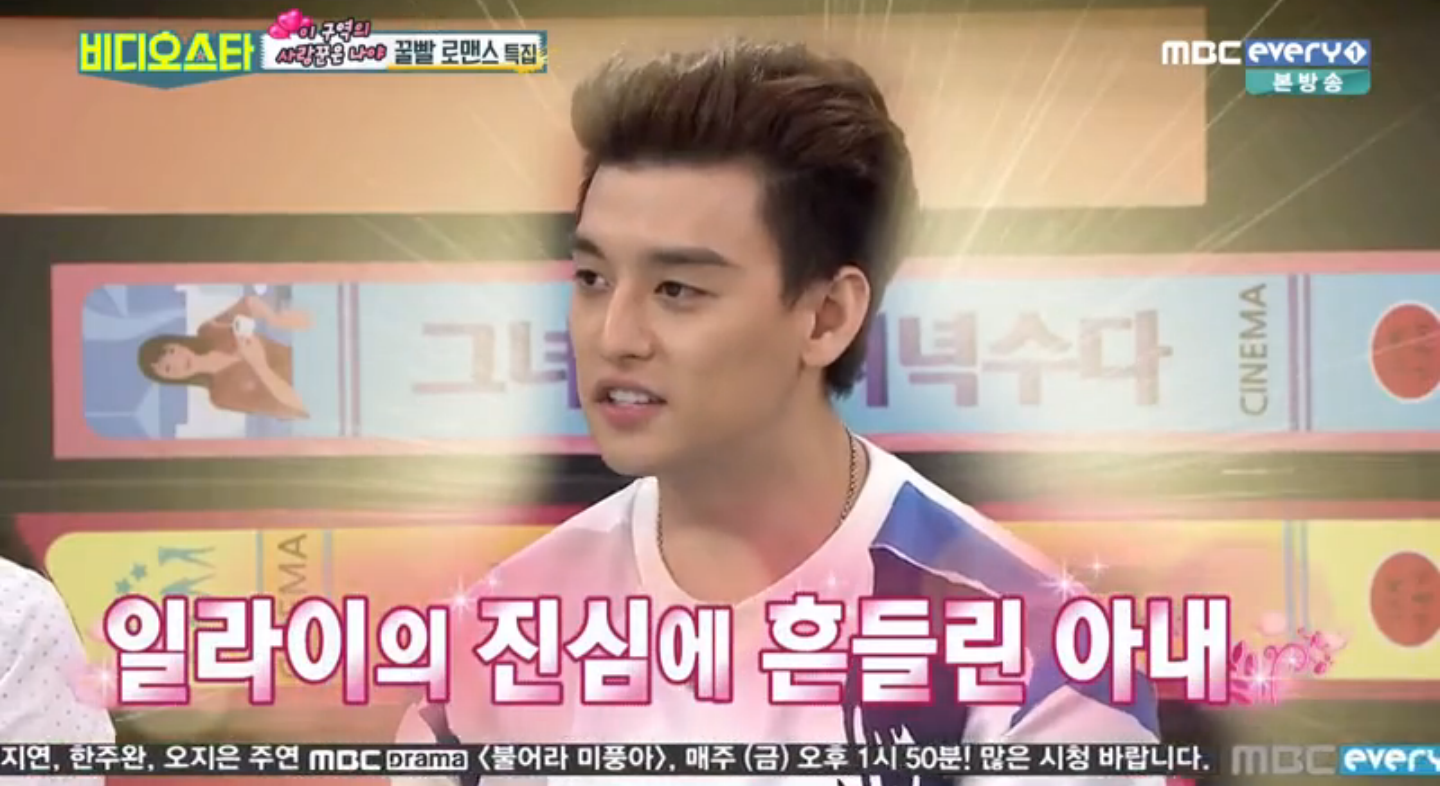 When asked, Eli says that the members of U-KISS found out a bit later than his company about their marriage, and that they didn’t know at all about the pregnancy before it was announced, and he conveys his regrets about that.

The hosts then express their surprise that the pair registered their marriage first before he proposed to her. Kim Sook asks him, “Why did you do it before proposing?” He replies, “I was worried I’d lose her.” He then shares photos of his proposal in Rome, and says he doesn’t even remember what she said in reply to his proposal because he was so nervous. 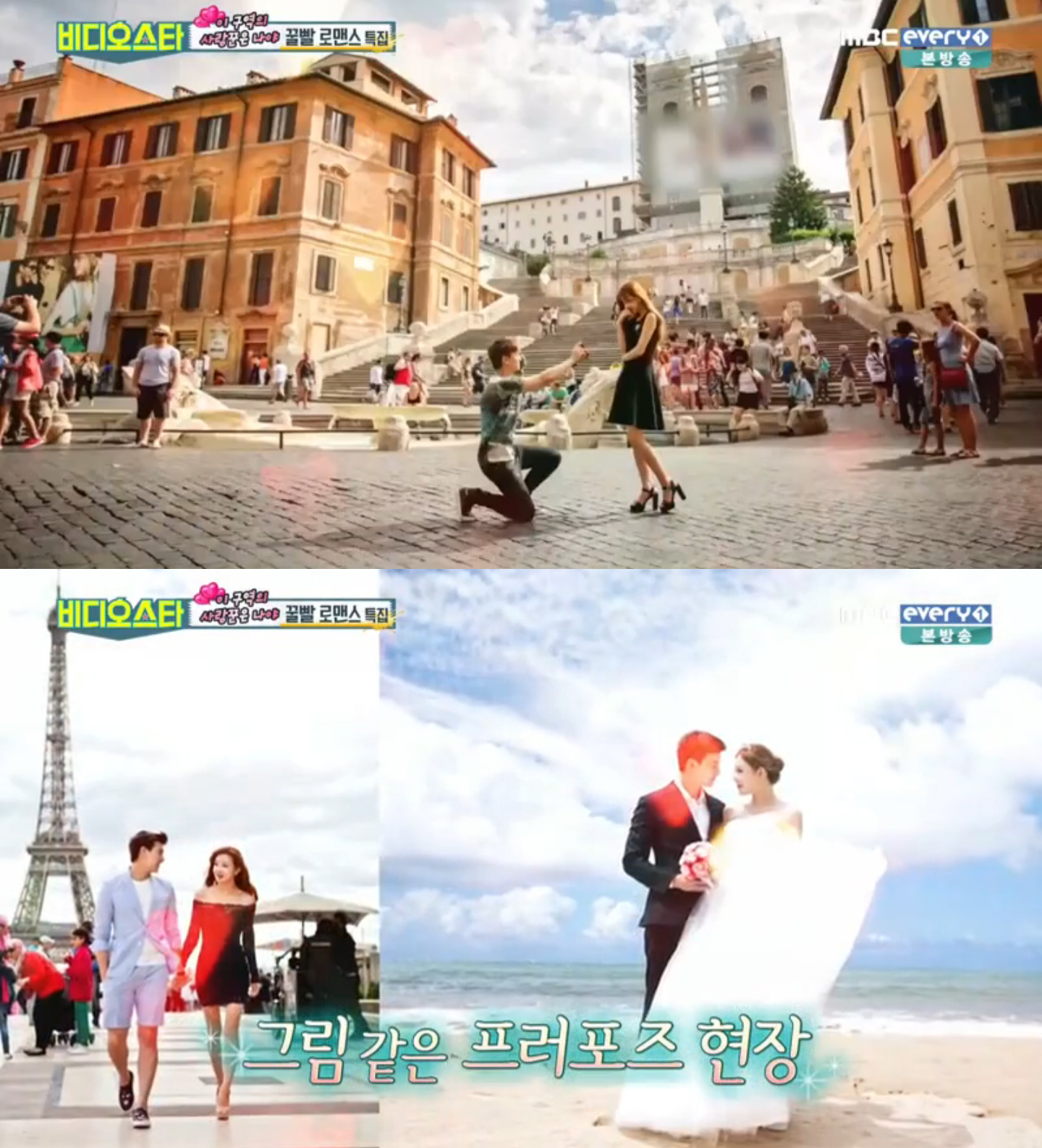 Later, the hosts get Eli to call his wife, and Eli asks her, “When do you think I’m the most sexy?” She jokes with a laugh, “When we’re at home and you fart with just your underwear on,” which makes him bow his head in laughter and embarrassment as the hosts and guests try not to laugh and tip her off.

After a bit more encouragement from Eli, she replies seriously, “Whenever you do something for me, no matter what it is.” He then passes the phone to Kim Sook, who asks her again about when she thinks Eli is the most sexy. “Lately I think that it’s when he’s holding our baby in his arms and sleeping,” she says. “It makes my heart beat fast.” 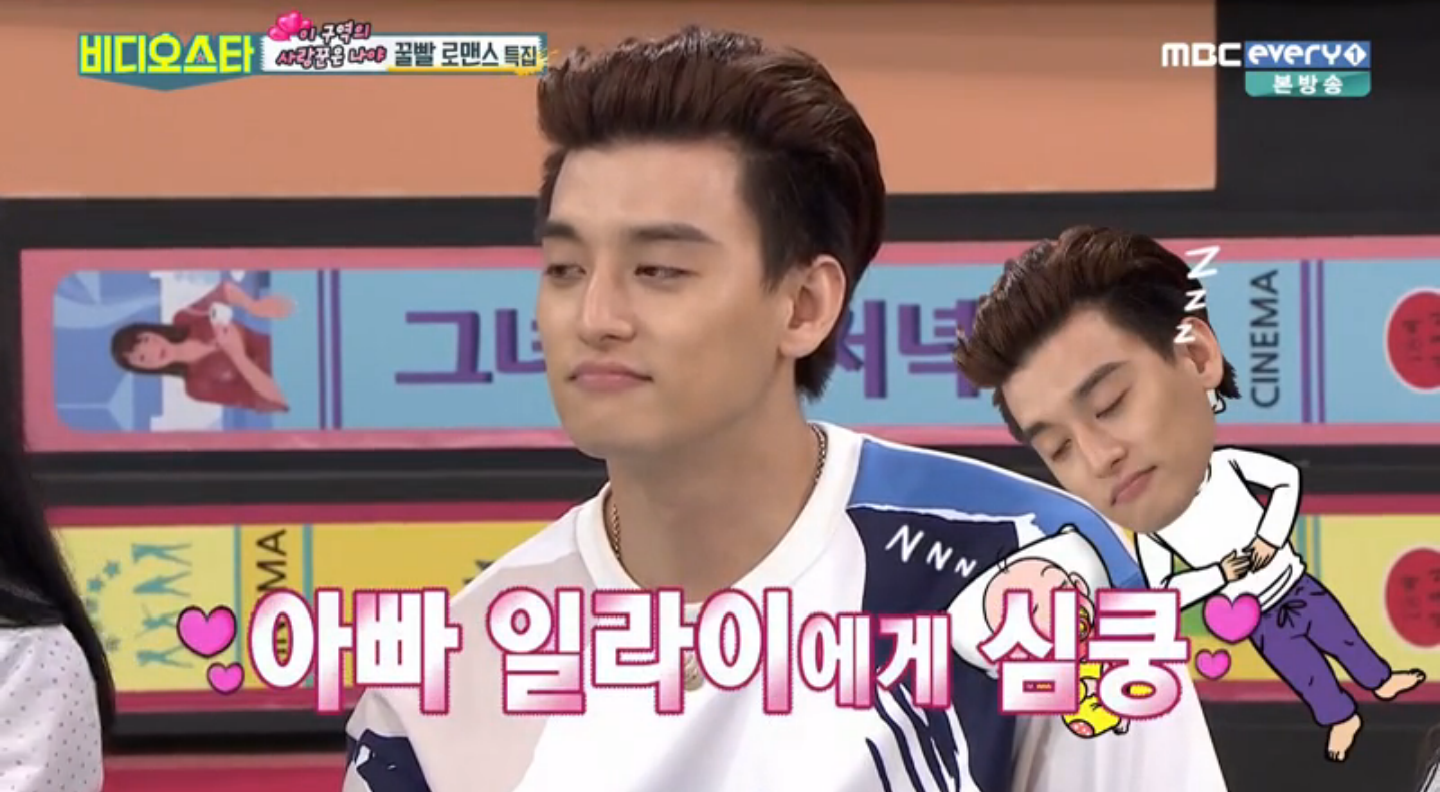 Eli gets a little teary as she then sends him an encouraging message of love and support and the show shares photos of the pair. 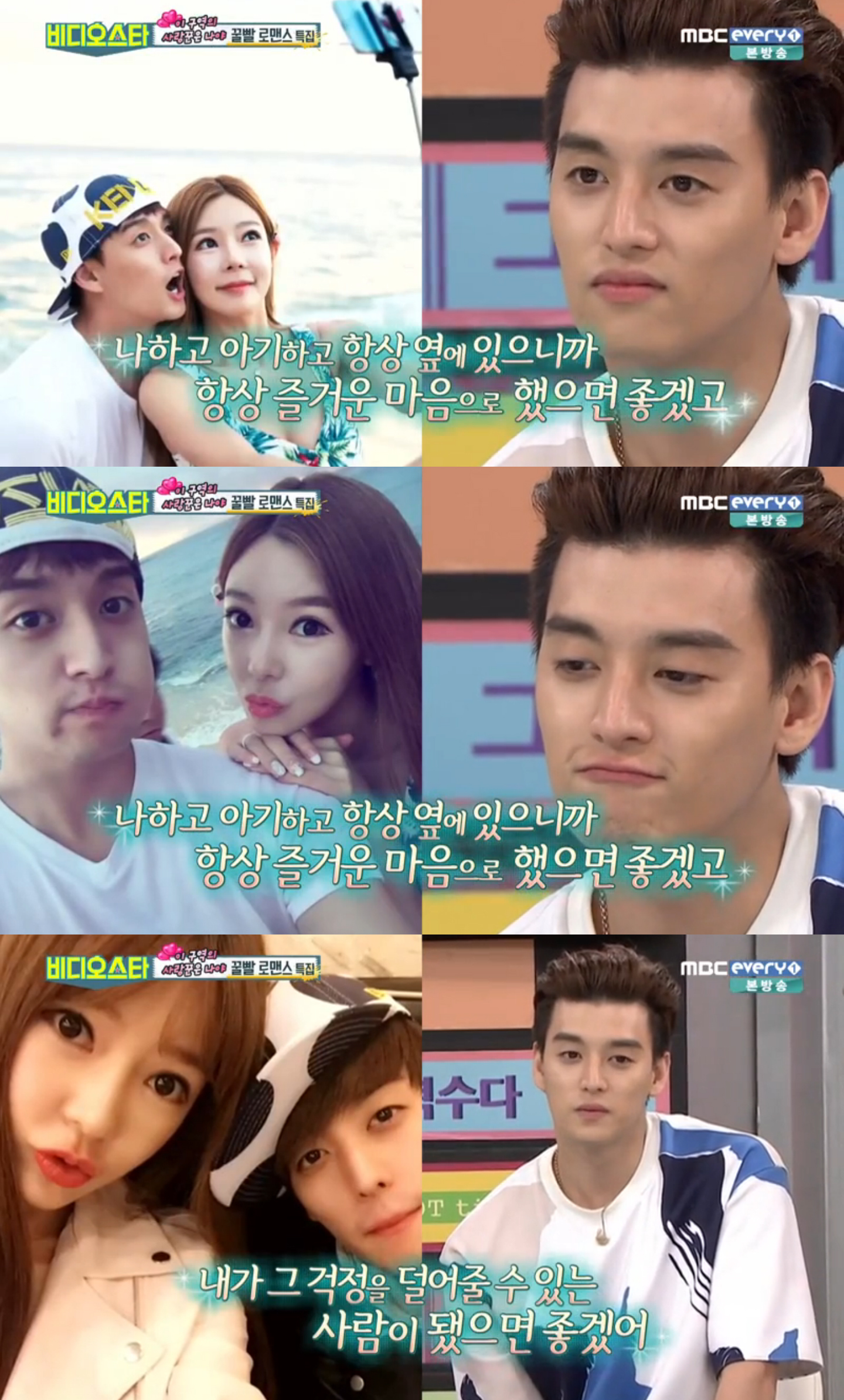 During the episode, Eli also adds that although he usually never feels nauseous, he felt sympathetic morning sickness during her pregnancy. “Video Star” then shares some sweet photos and videos of Eli and his wife’s beautiful baby boy, as Eli beams with pride. 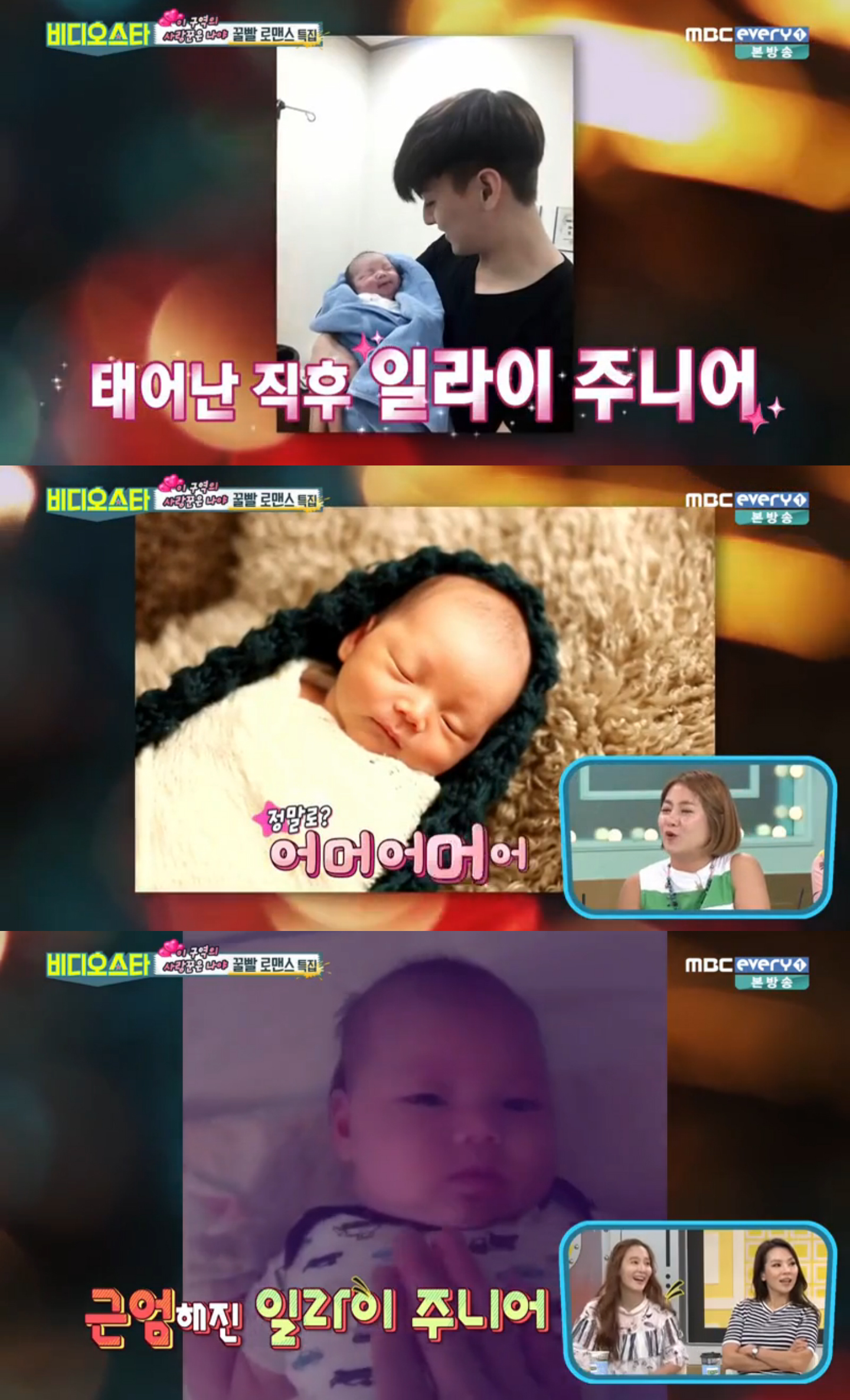 Check out more of Eli on this week’s episode of “Video Star’!