T-ara and their fans have once again won the Billboard Fan Army Face-Off!

In Billboard’s annual battle of the fan clubs, T-ara’s fan club Queens won against all their opposing fan clubs (including those of BTS, Beast, SHINee, INFINITE, and Adele), advancing to the final against Thirty Seconds to Mars’s fan club The Echelon. 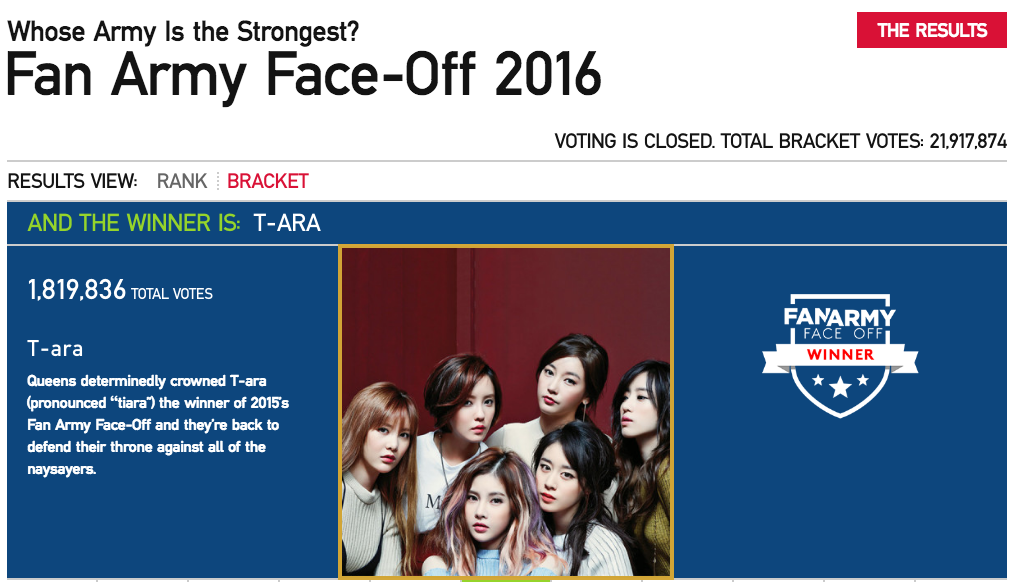 Who did you vote for in the fan army face-off?

Thanks to Jani for the tip!