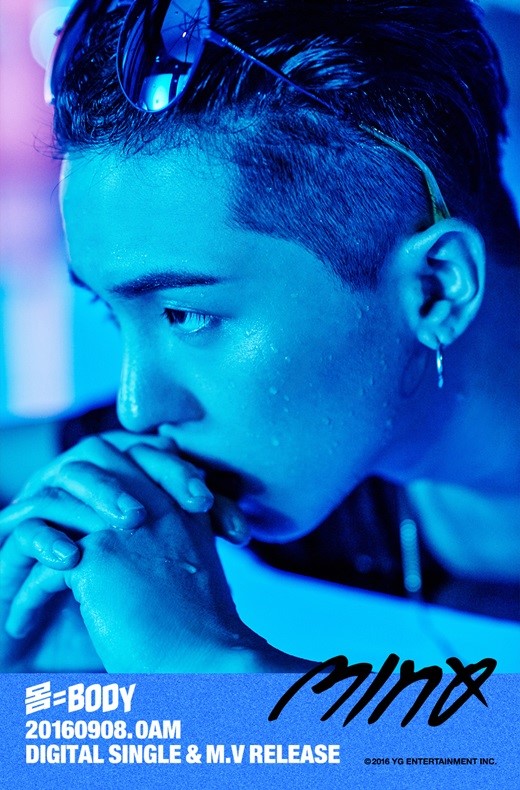 YG Entertainment has released a new batch of teaser images for WINNER’s Song Mino, this time in intense shades of orange and blue. 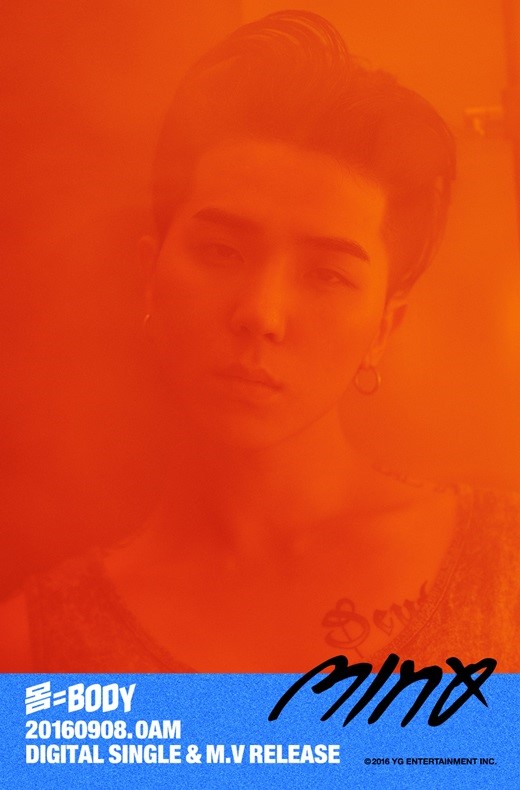 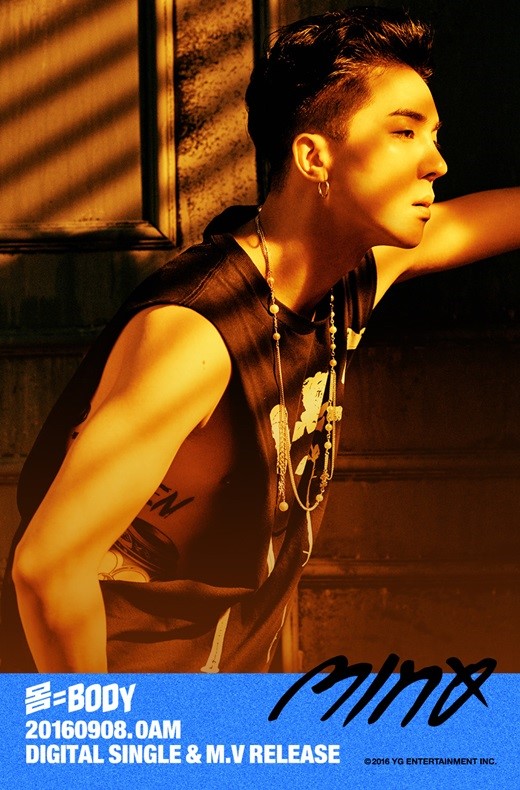 The latest teaser for WINNER’s Song Mino have been released! 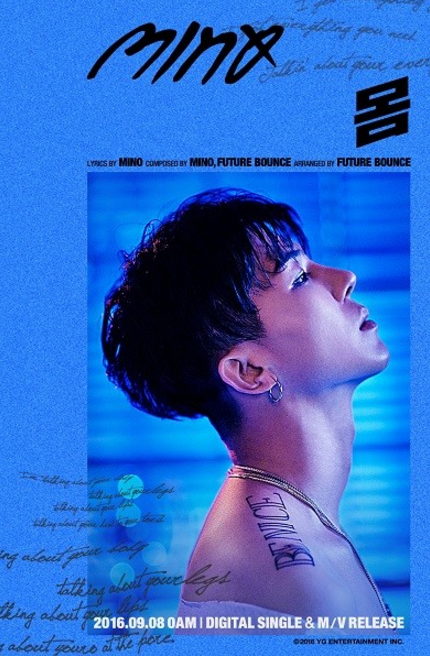 This time, Song Mino is seen with his shoulders bare, with the words “Be nice” marked on one of his shoulders. The teaser is for his new title track “Body” will be released on September 8 after iKON’s Bobby debuts as a solo artist on September 7.

A source from YG Entertainment states, “Though they are from different teams, Bobby and Mino are close colleagues who have been together since they were trainees. Song Mino’s ‘Body’ is a hip hop track that has a dreamlike and sexy feel. Since Bobby’s song and Mino’s song are completely different, it won’t feel so much as a competition. In fact, because they are releasing new music at the same time, they have been depending on each other more.”

“Body” is a track with lyrics written by Song Mino, and is composed by Song Mino and Future Bounce. 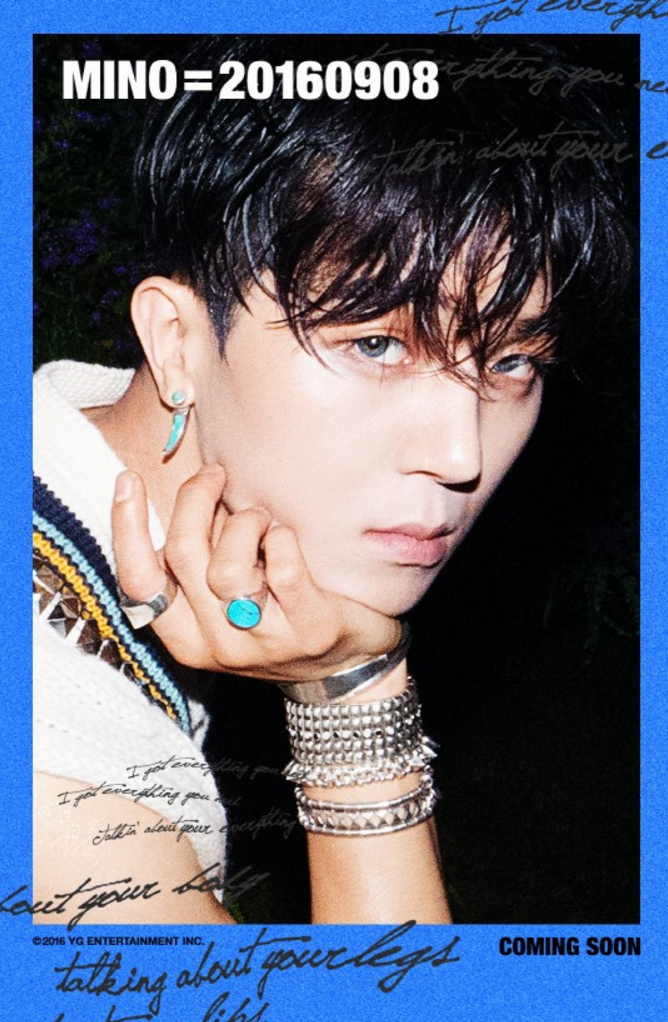 The second teaser has the familiar words “coming soon,” as well as the code “MINO=20160908,” which appears to be Song Mino’s official debut date. The teaser image continues on the deep blue color scheme, with Mino sporting a cool blue eyed look, and matching cool toned jewelry. 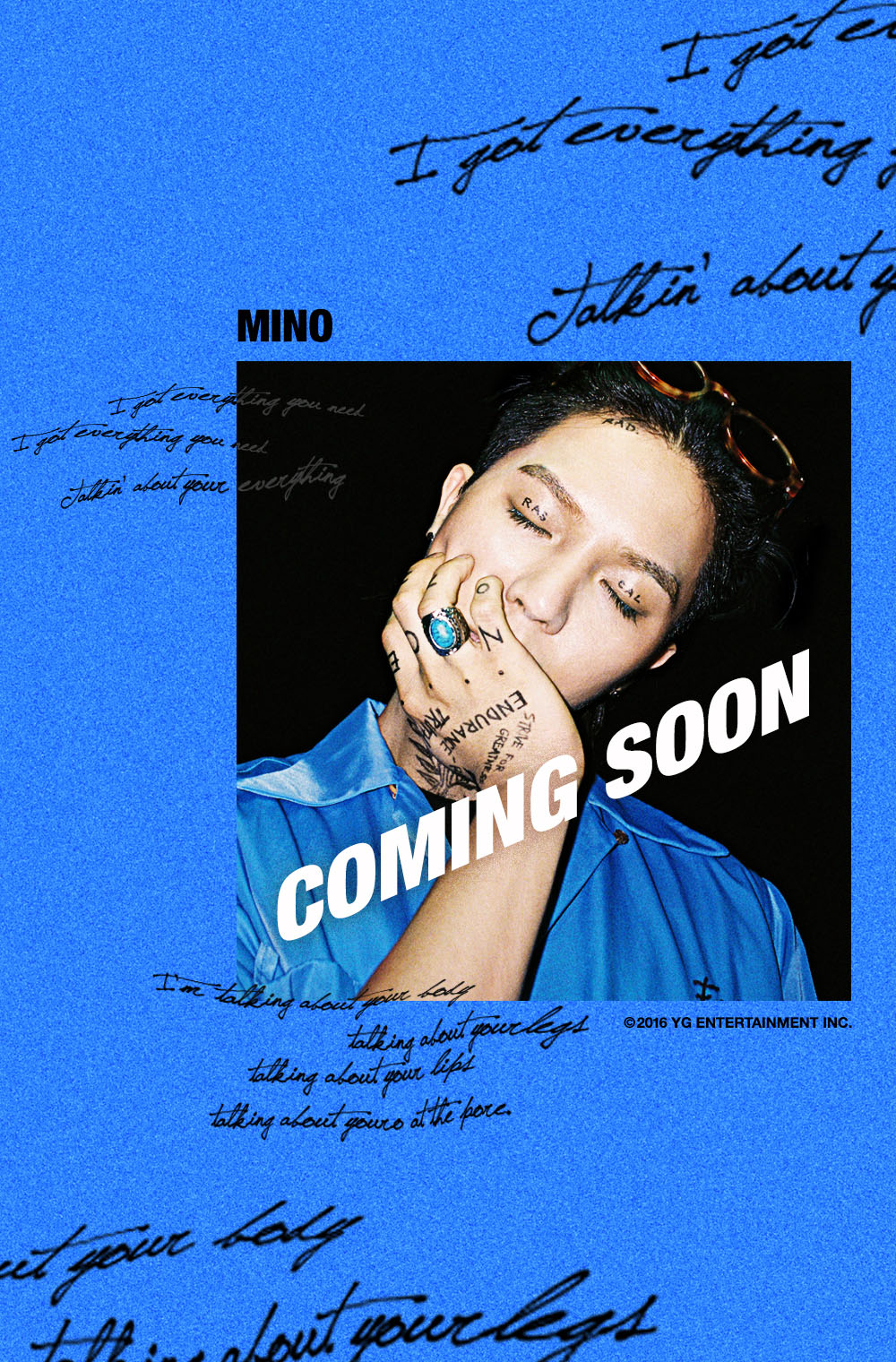 On August 31, YG Entertainment unveiled the first teaser image for Song Mino on their official blog. It appears as though Song Mino’s solo track will be revealed soon as well. Their teasers are similar in style but in different colors. Song Mino has writing on his hands, eyelids, and forehead.

Previously, it was revealed that Bobby and Song Mino would be making solo debuts. They have solo tracks but this will be their formal solo debut. Furthermore, it was also teased that the pair would be releasing a unit track together. It is unclear in which order the various tracks will be released.

Many are curious as to how each of their solo tracks will compare as they were trainees together and have both established themselves through different seasons of “Show Me the Money.”