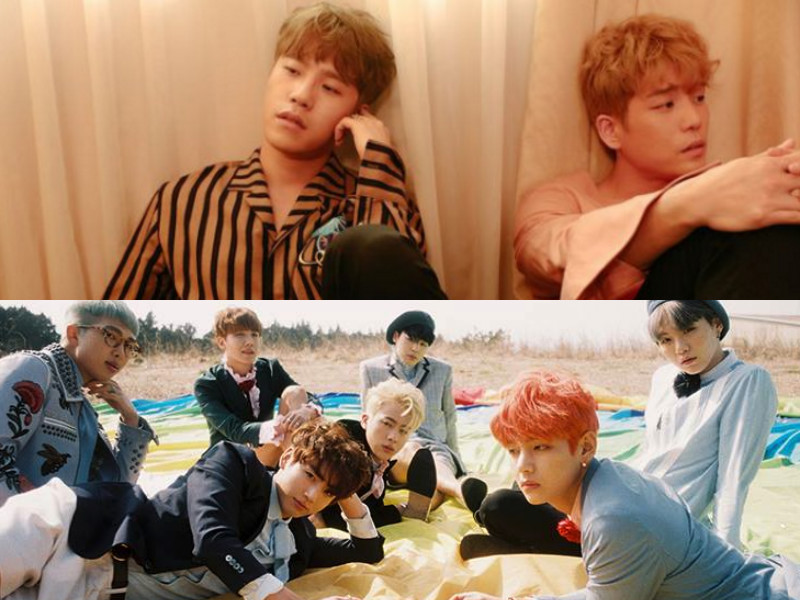 Homme Praises Bang Shi Hyuk And His Foresight With BTS

Homme recently poured out their respect and affection for Bang Shi Hyuk and BTS in an interview with OSEN.

Their latest track “Dilemma” was co-produced by their agency head Bang Shi Hyuk and Rap Monster.

Previously, Bang Shi Hyuk expressed his happy and sentimental feelings about the song gathering the whole family together as Lee Hyun is Big Hit Entertainment’s first trainee and Lee Changmin is the agency’s first idol.

Lee Hyun said, “BTS debuted when I was in the army. I watched over them from afar. I believed they would do well because Bang Shi Hyuk produced them but I didn’t know they would do that well. Seeing him make those results surprised me once more. [Bang Shi Hyuk] is the kind of person that precisely knows things about boy groups, male vocalists, and male singers best.”

They further talked about Rap Monster co-producing “Dilemma” and stated, “In the early stages when we heard Rap Monster’s verse we thought there were a lot of parts that were unique and full of charm.”

When asked why Rap Monster, who typically works in different genres, did the guide for their song they answered, “Bang Shi Hyuk makes trainees work on guides done by opposite kind of singers.” They further explain how this helps singers find their own voice through working with a different kind of voice.