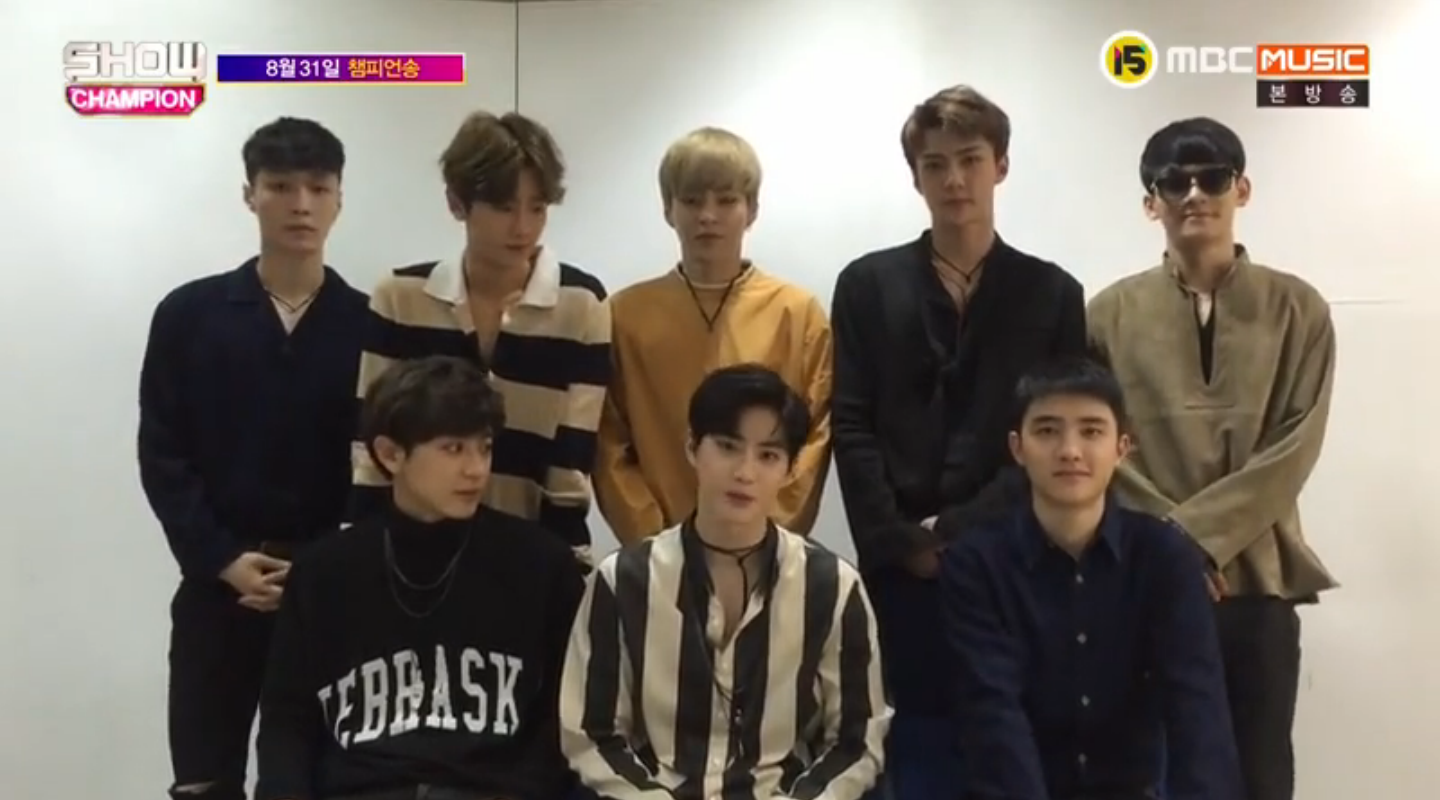 EXO has grabbed another trophy for their track “Lotto” off the repackaged version of their third full album “EX’ACT.”

August 31’s episode of MBC’s “Show Champion” was a compilation of highlights from 2016 so far, and so there were no new performances. However, the show still crowned a winner for this week, and the nominees were BLACKPINK’s “Whistle,” I.O.I’s “Whatta Man,” GFRIEND’s “Navillera,” Ailee’s “If You,” and EXO’s “Lotto.” EXO took the win, which is their fourth trophy so far for the track!

In a video message recorded by the group, Suho thanks the show for the award, promises they’ll keep working hard, and says they love EXO-L.

Congrats to EXO on another win!

Support the artist by buying EXO Vol. 3 Repackage - Lotto (Korean Version) from YesAsia
EXO
Show Champion
How does this article make you feel?