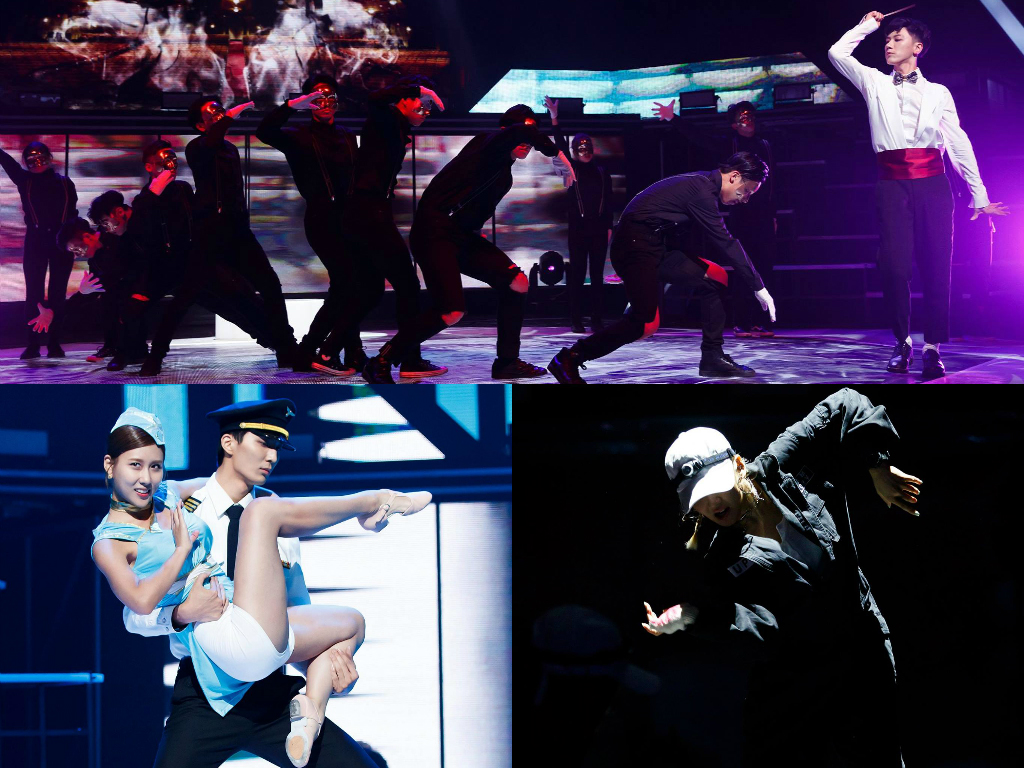 “Hit the Stage” continues its third competition in August 31’s episode, with the remaining celebrity dancers wowing with the crowd with their performances under the theme of “uniforms.”

Last week’s episode featured the first set of performances from this competition by MONSTA X’s Shownu, ASTRO’s Rocky, Jang Hyunseung, SISTAR’s Bora, and BIGSTAR’s FeelDog. FeelDog was in first place by the end of the episode with the highest score of 155, but there are still three more dancers to go this week!

Girls’ Generation’s Hyoyeon is up first in this episode, taking the stage dressed with her crew as miners to perform a hip hop dance. She receives 152 points, coming in just under FeelDog’s first place score.

After performing as Jang Hyunseung’s partner in the second competition, Stephanie performs as a contestant herself in this episode along with the dance crew Black Toe. Stephanie and her crew are dressed up as flight attendants for their ballet-inspired dance to Britney Spears’s “Toxic.” She is also unable to beat FeelDog’s score, receiving 149 points.

NCT’s Ten is up last with the PREPIX crew for a magical performance as a crazed conductor that wows the crowd and earns him 159 points, which means he is the winner!

Ten gets tearful as he thanks everyone for the win, and also thanks his crew for staying up late every night for a week to practice with him. “I came in last place in the second competition,” he says as he cries, and says it was very stressful for his dance crew leader Lee Il Hyung too. “So I worked really hard.” 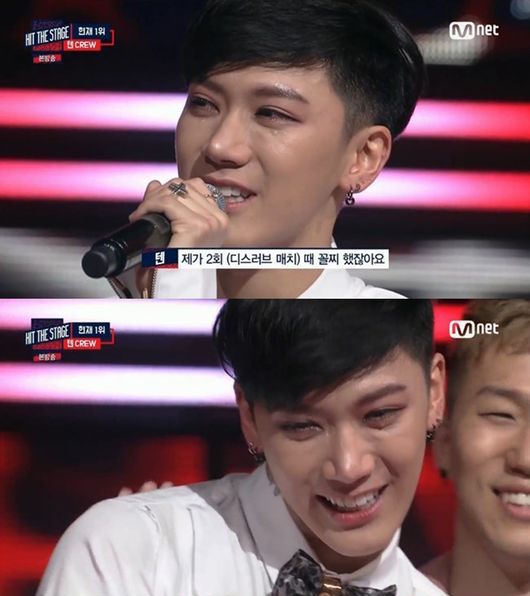 What was your favorite performance from this competition?

NCT
Girls' Generation
Hyoyeon
Stephanie
Hit the Stage
Ten
How does this article make you feel?