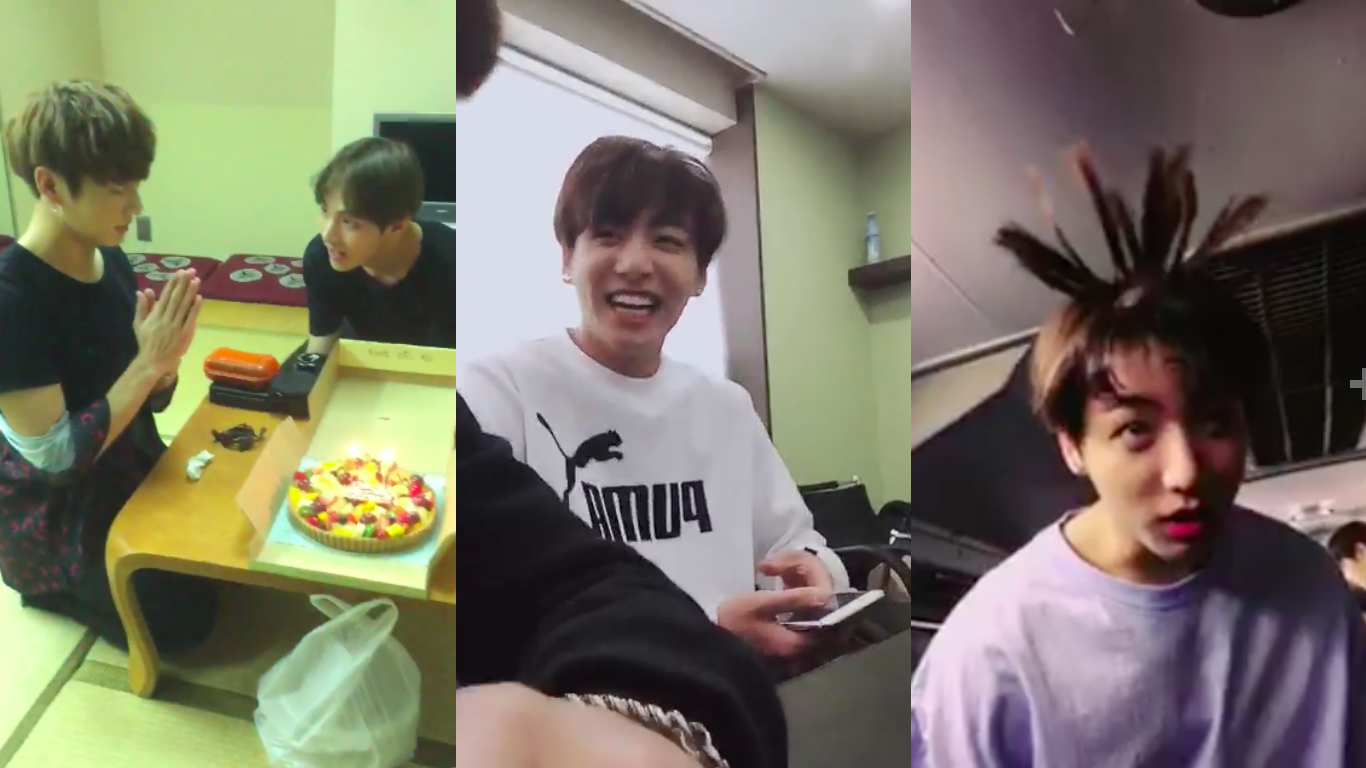 The guys of BTS are celebrating their maknae‘s birthday in true BTS fashion by posting plenty of funny saved videos and photos, as well as sharing a cake with the birthday boy!

September 1 is Jungkook’s 19th birthday (20th in Korean reckoning), and his fellow members took to their group Twitter after midnight KST to begin spamming with hilarious videos and photos of their beloved youngest member. Jimin was first up with a video of Jungkook pulling a funny face, before Rap Monster shared photos of Jungkook imitating a Geodude from Pokemon.

Suga then shared a photo of Jungkook taking a rest on a bike ride, with the caption, “This seriously looks like a bicycle ad.” He adds as the caption, “It’s Suga. [Using a] cool photo for your 20th birthday photo.”

But things quickly got back to the funny photos when Jin shared a picture of Jungkook that he took from a less than flattering angle. “JK, your eldest hyung is the best, right?” he writes as the caption.

The guys then kept the funny videos coming, with more from Jimin and J-Hope!

They also shared a sweet video of the whole group celebrating his birthday, complete with Jungkook blowing out the candles on a cake.

Meanwhile, Jungkook also shared a cover of Justin Bieber’s “Purpose” for fans on his birthday.