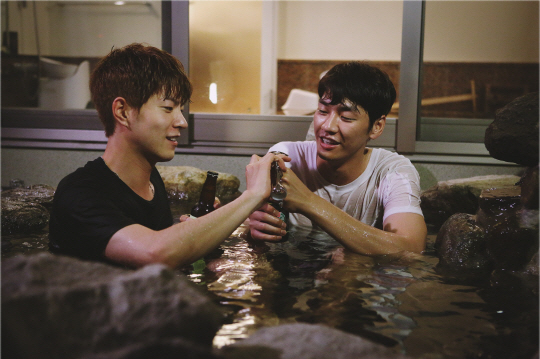 Traveling is always double the fun when you go with your best friend!

Actors and real-life best friends Hong Jong Hyun and Kim Young Kwang recently went on a trip to Japan at the beginning of August for a new, upcoming MBC travel reality show.

As suggested by the title of the show, “Hello Kyushu,” they will explore the island of Kyushu, traveling to its many prefectures.

On the last night, the actors reportedly stayed at a luxury ryokan (traditional Japanese inn), where they faced an unexpected challenge. In order to use the general onsen (hot springs), Hong Jong Hyun and Kim Young Kwang are expected to strip down as tradition dictates. 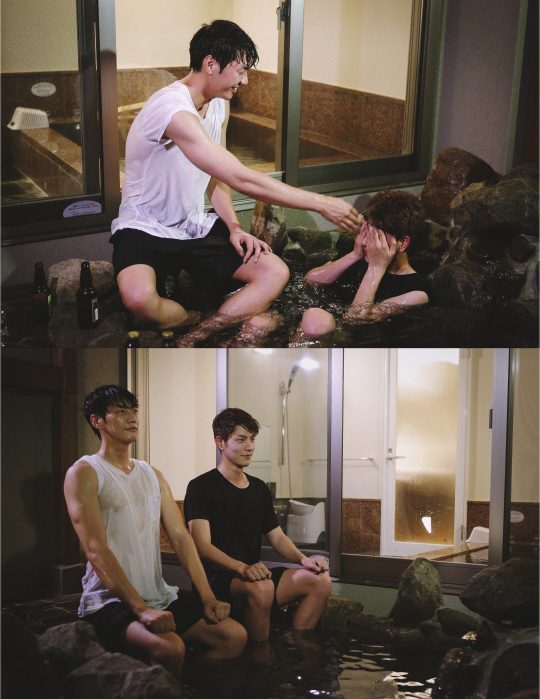 While taken aback at this realization, they end up using a private spring instead. However, another issue arises because the spring is only meant for one person, rather than two. Hilarity ensues as two grown men well over 180 cm (approximately 71 inches) attempt to sit in the private spring together side-by-side.

Hong Jong Hyun and Kim Young Kwang reportedly don’t let the small size deter them, as they have fun horsing around with each other.

“Hello Kyushu” will premiere on September 2 through MBC Every1 at 5 p.m. KST, and air one more time at 8 p.m. KST.