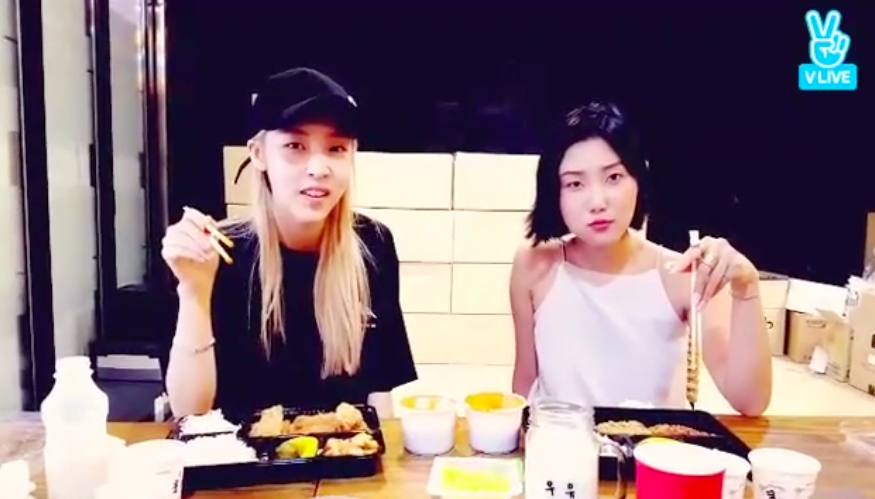 After losing the group’s chart ranking competition, MAMAMOO’s Moonbyul and Hwasa broadcasted their penalty live, with the task seeming punishing for Moonbyul but easy for Hwasa!

The group recently released two tracks as sub-units, with Hwasa and Moonbyul forming the “Rapper Line,” and Solar and Wheein as the “Angel Line.” Before the tracks’ release, the members challenged each other to a competition to see who would get the highest ranking on music charts, deciding that the loser would have to eat an entire dish of spicy ton katsu.

On August 31, the members held a live broadcast an hour after the tracks’ release, where they checked the charts to determine the winner. It turned out that the Angel Line won with their song “Angel”!

The next day, Moonbyul and Hwasa hosted their own live show as they sat down to eat the spicy ton katsu, prepared with things to help with indigestion, as well as honey, milk, and yogurt to soothe their mouths after the spiciness.

Moonbyul is amazed by Hwasa’s ability to eat the ton katsu with the spicy sauce, although the staff tells them that the spiciness will get worse over time. 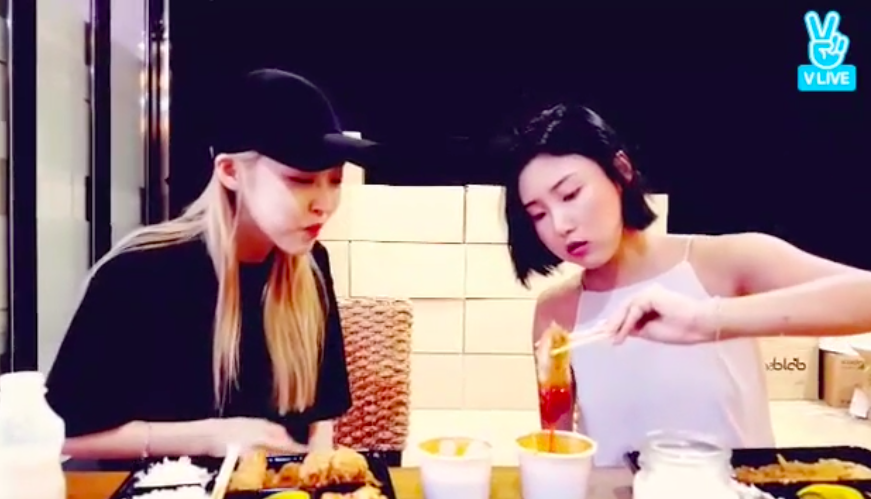 Moonbyul decides to give it a shot, and immediately starts coughing before taking a drink of milk and getting teary-eyed. As Moonbyul fidgets and sniffles, and keeps reaching for the milk, Hwasa comfortably eats next to her, making appreciative noises over the taste. 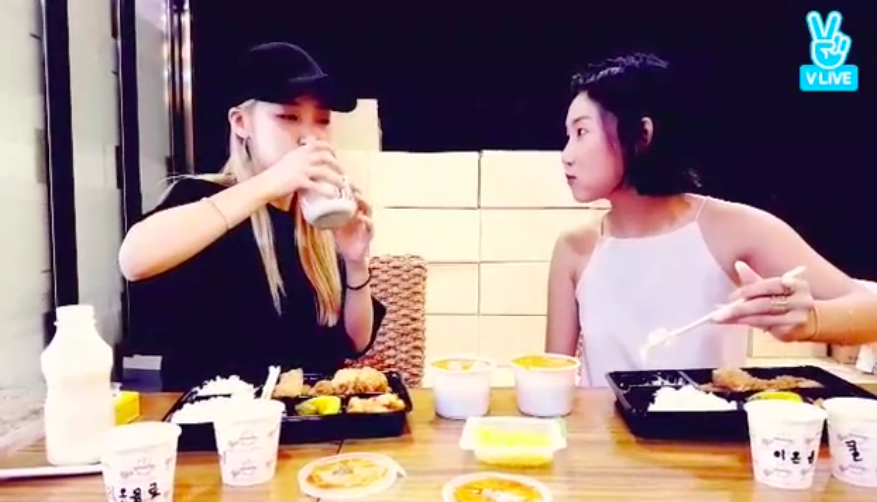 The pair also say that they’re so grateful to their fans for getting their songs on the chart at all, and comment that they’re really satisfied with the results, even though their unit didn’t win, because they didn’t expect the tracks to chart so high.

MAMAMOO
Moonbyul
Hwasa
How does this article make you feel?