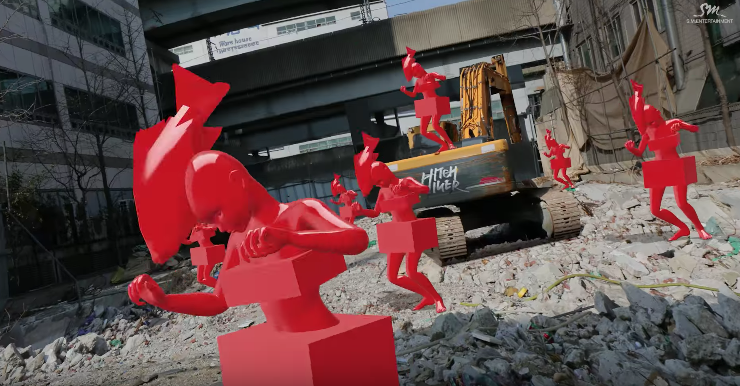 The mysterious metallic computer-generated character from Hitchhiker’s debut music video “Eleven” makes a reappearance as it dances and performs in the streets. Other computer generated characters also appear in the music video, including red dancers with fish-shaped mohawks (yes you read that right).

Hitchhiker is one of SM Entertainment’s top producers who has worked with label artists such as Girls’ Generation, BoA, TVXQ, EXO, and SHINee.

Hitchhiker
SM STATION
How does this article make you feel?