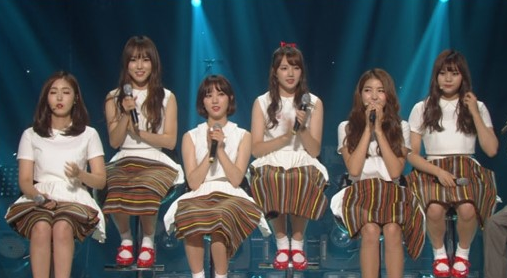 GFRIEND Reflects On Their Lives After Achieving Success

On the upcoming episode of “Yoo Hee Yeol’s Sketchbook,” GFRIEND opens up about their string of hits and how that has influenced their daily lives.

GFRIEND joins this episode for the “Girl Group Day” special which also includes three other popular girl groups TWICE, MAMAMOO, and I.O.I. As soon as they enter the stage, they are met with enormous applause and fanfare.

They start with their debut track “Glass Bead” and perform all of their massively popular singles up to their most recent one “Navillera.” When asked how they feel about joining the girl group special, they laugh as they reply, “It feels like we’re at an army base.” 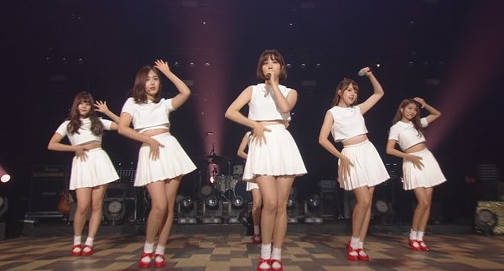 When they asked how their lives have changed after their enormous success, they answer, “Our car was upgraded to a limousine. There’s even a TV inside the car.”

Leader Sowon said, “People can recognize that it’s a GFRIEND song so it seems like we have developed our own color, so we like it,” when they were told that most of their songs sound similar to each other.

The members say that the definite moment that their name became more well-known was when a fancam video that showed them falling multiple times went viral. The video garnered international attention as it showed them bravely continuing to perform even as it poured rain. Yuju, who fell the most, reveals, “It wasn’t just enough that I fell but I also hit Yerin so much with my mic.” Despite their difficult choreography, the members replied, “We like our powerful choreography. We don’t match with cutesy dances.”

When asked where they see themselves in 10 years, Yuju says, “Let’s keep doing our powerful and youthful concept even after 20 years, ok?” as the crowd roars in agreement.

This episode will air in the late hours between September 2 and 3.

GFRIEND
Yoo Hee Yeol's Sketchbook
How does this article make you feel?