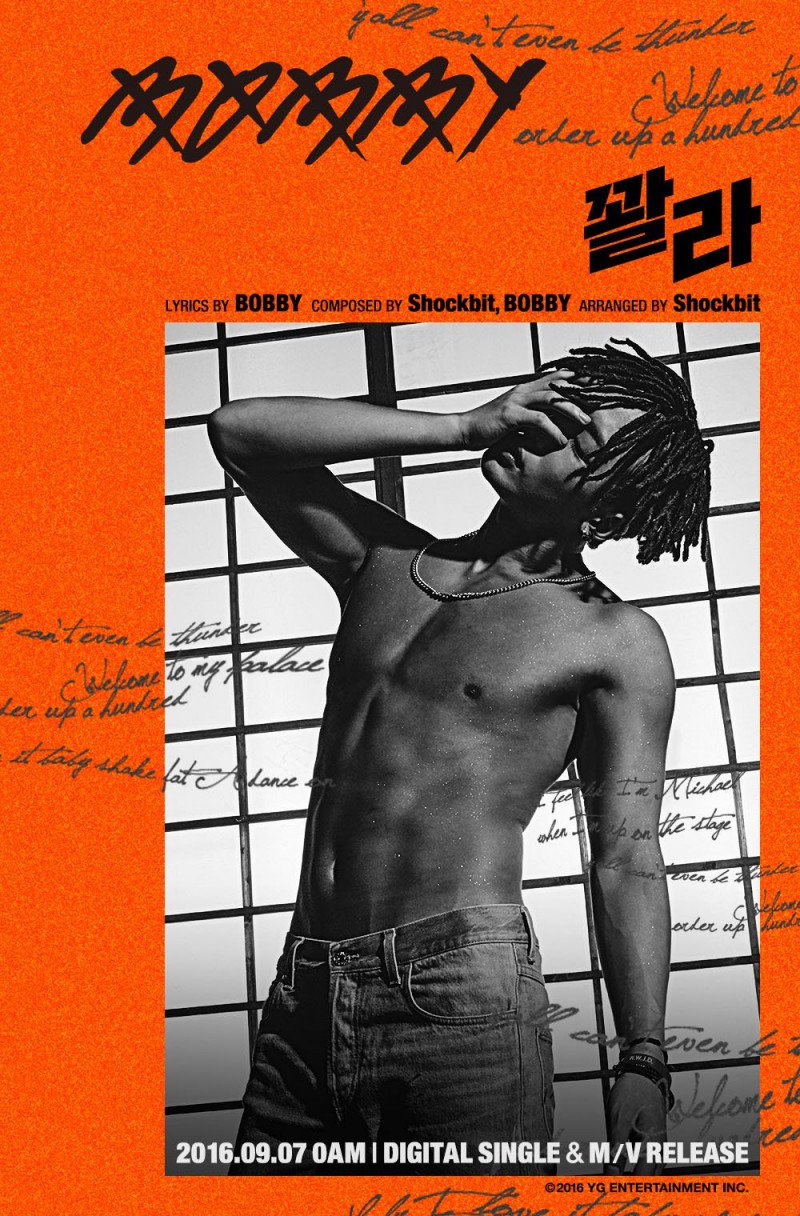 A new teaser image for iKON member Bobby’s solo debut reveals new details! His digital single is titled “HOLUP” (the Korean title translates to “hammered”). The song is composed by Shockbit and Bobby. Furthermore, Shockbit is credited with arranging the song while Bobby wrote the lyrics himself. 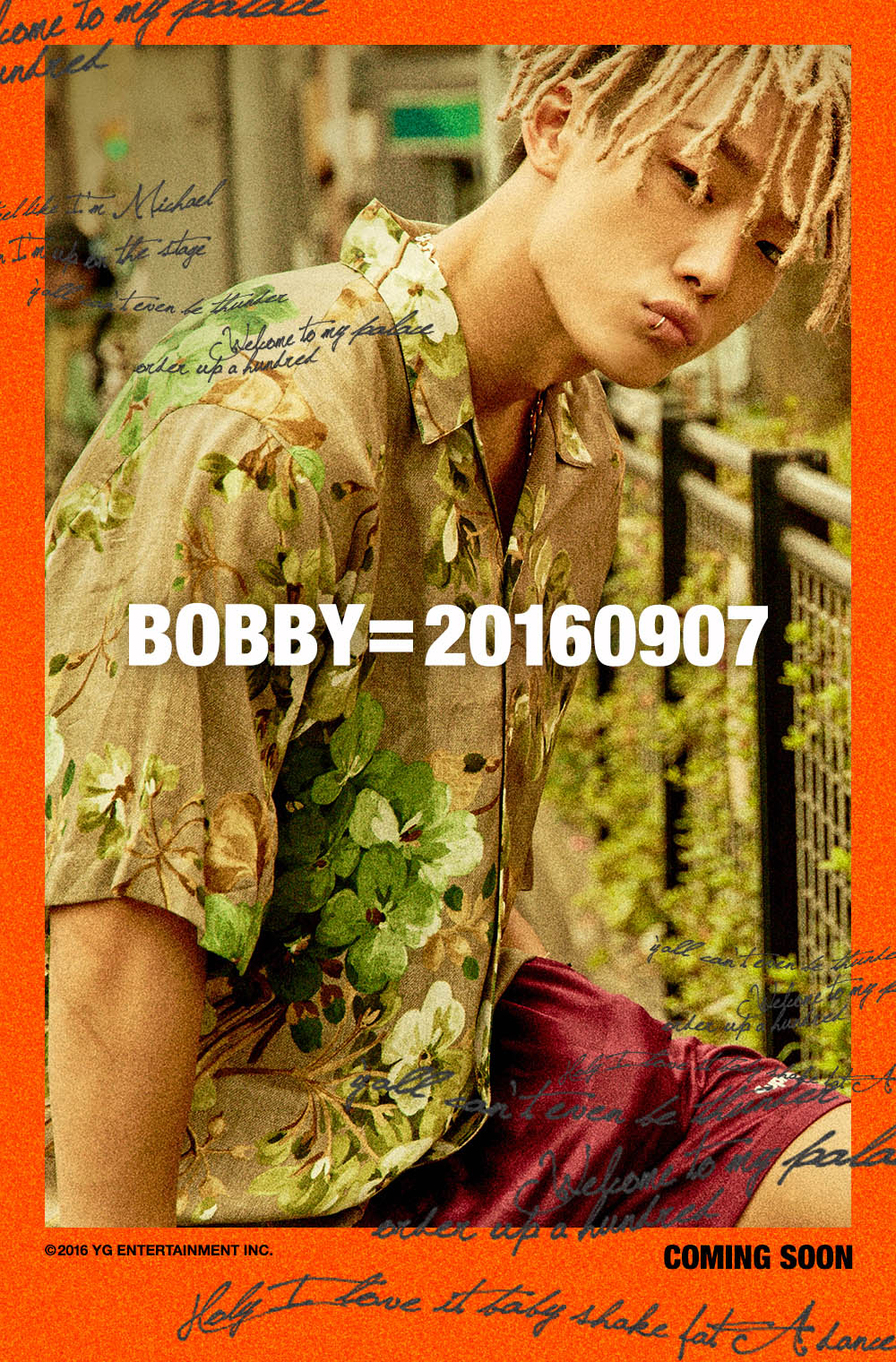 The teaser includes the message “BOBBY=20160907” revealing that his solo debut will take place on September 7. Bobby shows a different hair style as well as a piercing in the new image.

Bobby’s solo track will be released a day before WINNER’s Song Mino whose solo release will be unveiled on September 8.

Both rappers were contestants on the survival program “WIN” that lead to the creation of WINNER. Many are anticipating their tracks as well as competition between the two especially considering that their solo debuts are only a day apart from each other.