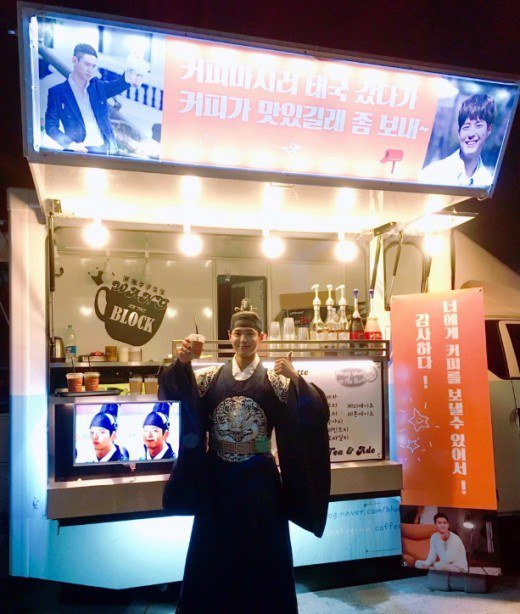 The personalized message on the truck reads, “I went to Thailand to drink some coffee, and because the coffee was good, I’m sending some,” eluding to a line that Go Kyung Pyo’s character says in his current drama “Don’t Dare to Dream (Jealousy Incarnate).”

Go Kyung Pyo and Park Bo Gum grew close while working on drama “Reply 1988” together, which wrapped up earlier this year.

Park Bo Gum
Reply 1988
Love in the Moonlight
Go Kyung Pyo
How does this article make you feel?