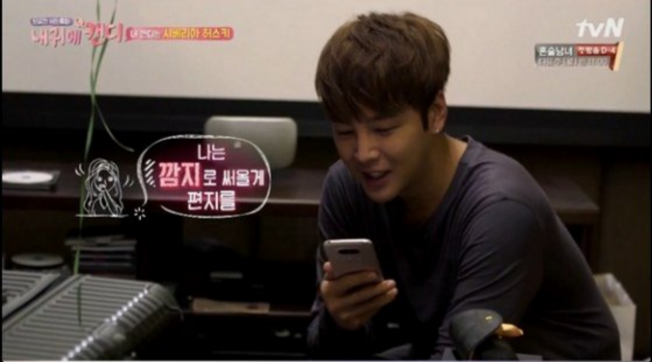 In the September 1 episode of tvN’s “Candy in My Ear,” Jang Geun Suk defended some of his social media posts from the criticism they had drawn in the past.

In the episode, Jang Geun Suk began talking on the phone with a new “Candy,” nicknamed Siberian Husky. Jang Geun Suk expressed a desire to invite her to his house and she playfully alluded to the previous “Candy,” who was revealed to be Yoo In Na.

They also talked about Jang Geun Suk’s reasons for learning how to cook and shared some childhood memories. “Siberian Husky” showed him some photos of Russia, where she had taken part in a photo shoot. 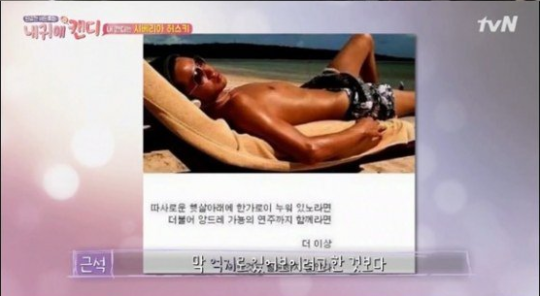 “Siberian Husky” also brought up some of his previous social media posts, reading aloud some captions that had drawn fire from netizens for being overly pretentious.

Slightly embarrassed, Jang Geun Suk said, “It’s not that I’m trying to make myself seem amazing. I read in a book once that one should always work hard to be the person that we like to say we are, so I try to be as confident as I can. However, I think people misunderstood me.”

Jang Keun Suk
Candy In My Ear
How does this article make you feel?