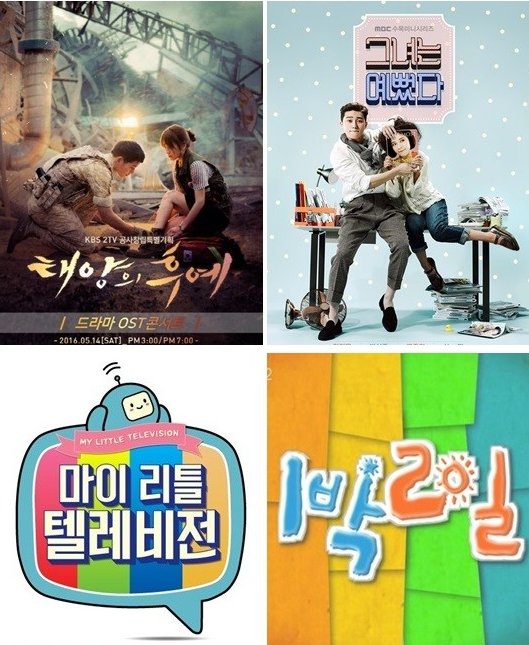 The award for Best Feature-Length Drama went to SBS’s “Six Flying Dragons,” while KBS’s “Descendants of the Sun” and MBC’s “She Was Pretty” tied for Best Mid-Length Drama.

“We are honored and grateful,” said Yoo Ho Jin, who captained “2 Days & 1 Night” until recently. “Because we are a domestic travel variety show, we were a little intimidated to travel to other countries [referring to the Harbin special]. We’re glad that we got such a good result. Although we would like to enjoy this honor with our staff, who suffered in the cold, and the passionate and amazing members, they are currently busy at Seosan competing to see who can clear away cow manure the fastest.”

The current affairs sector was won by KBS’s “Current Events Project, and the documentary category was won by EBS’s “Documentary Prime.”