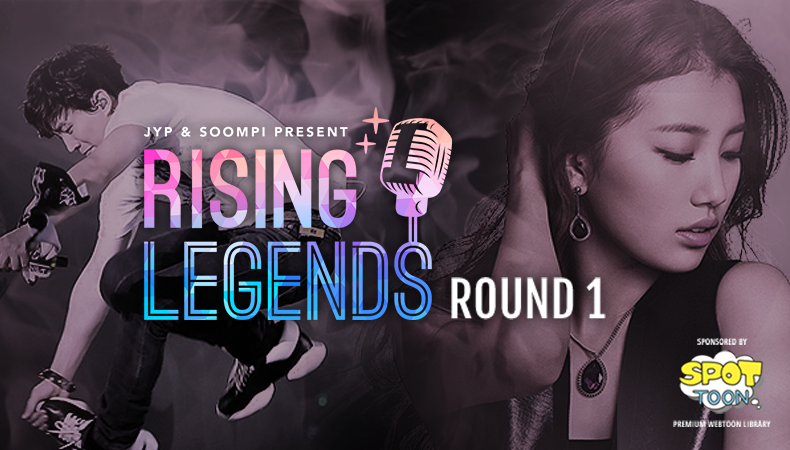 Welcome to round one of JYP Entertainment and Soompi’s worldwide audition event, “Rising Legends”!

Last month, we announced Rising Legends, the ultimate fan-led talent search, and were absolutely blown away by the number of talented Soompiers out there. We received almost 5,000 (!!!) entries within a span of just 10 days, from singers, rappers, and dancers in over 122 countries. A big thank you goes out to everyone who submitted a video – give yourself a pat on the back!

Now, the hard part. Although we wanted to feature all of the submissions, we could only choose a portion to move on to the voting rounds. The Soompi Team listened to all of thousands of entries, and made some difficult choices to bring you just 50 per category. After this, it’s out of our hands – rounds one and two consists only of audience voting, and round three will be a combination of audience and judges’ votes. Who will win round one? We’ll leave that up to you!

Don’t forget, at the end of three rounds of voting, the finalist of each of the three categories will be receiving an one-on-one interview with a JYP talent scout. Yes, this means you might be voting for the next K-pop star!

You can vote for multiple contestants one time per hour, from now until September 7, 7 p.m. PDT. Without further ado –

Soompi Spotlight
Rising Legends
How does this article make you feel?