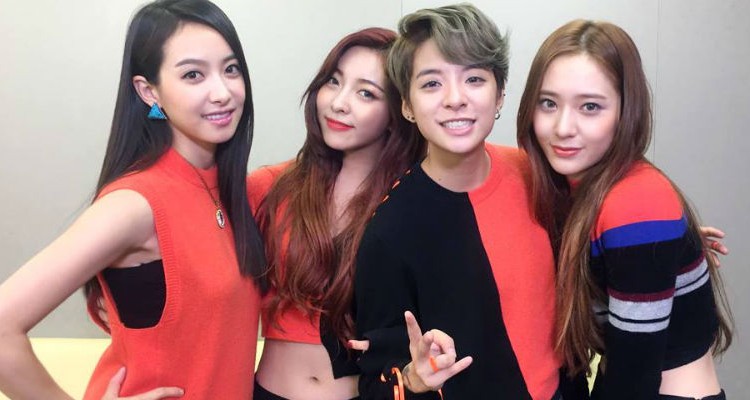 The SM Entertainment group debuted on September 5 of 2009 when they performed their first single “LA chA TA” on MBC’s “Music Core.” They have since gone on to release four full albums and two mini albums, and have become hugely popular for their signature music style and fun personalities. Despite the recent departure of Sulli from the group, they’ve remained strong as a team while also pursuing their own successful solo careers as solo artists and actresses.

On September 5, Amber posted a screenshot to her Instagram of the four members looking emotional after winning on “M!Countdown” while promoting “4 Walls.” She writes as the caption in English, “Lucky 7! Always thankful to all the MeUs out there who’ve always had our backs. But on the real though… We getting old XD Never gunna stop the grind and always gunna work hard for all you guys!!!”

She also tweeted out a whole lot of purple hearts, writing “I love this color.” Purple (or “pearl light periwinkle”) is of course their fan club’s color.