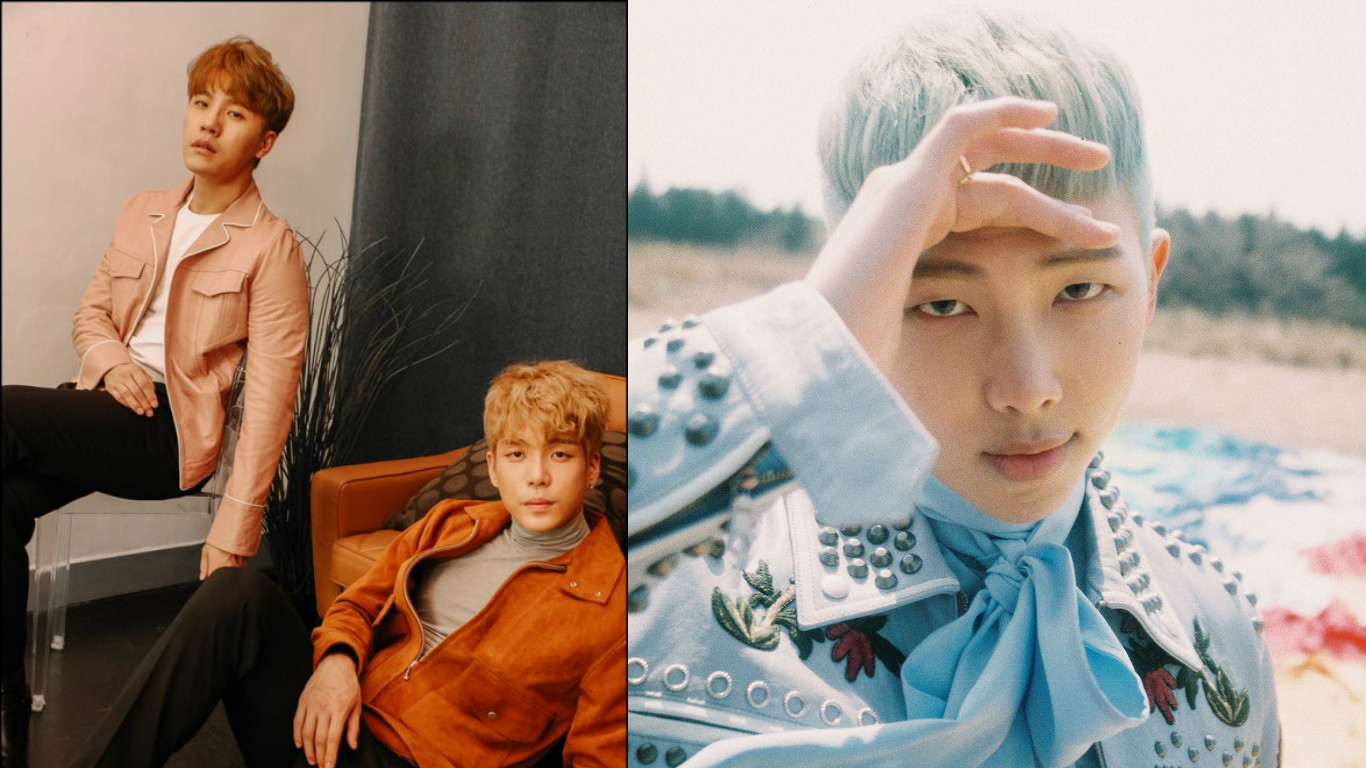 Homme (Lee Hyun, Lee Changmin), who recently returned with the song “Dilemma,” written by BTS’s Rap Monster, talked about what it was like working with the idol group leader.

Lee Hyun said, “At first we were worried that Rap Monster would be too cautious, because he would have seen us as seniors since 2009, when he auditioned.” Laughing, Lee Hyun continued, “But he wasn’t like that at all. He’s extremely intelligent. As a director, he knows how to talk to you, and even though I’m his senior, I never felt bad or offended. I was very impressed with how he handled himself.”

He said he had no idea Rap Monster would write ballads so well, given that BTS’s music is of a much different style. “It’s a trendy, but unique ballad. I really like it.”

BTS
Rap Monster
Homme
How does this article make you feel?