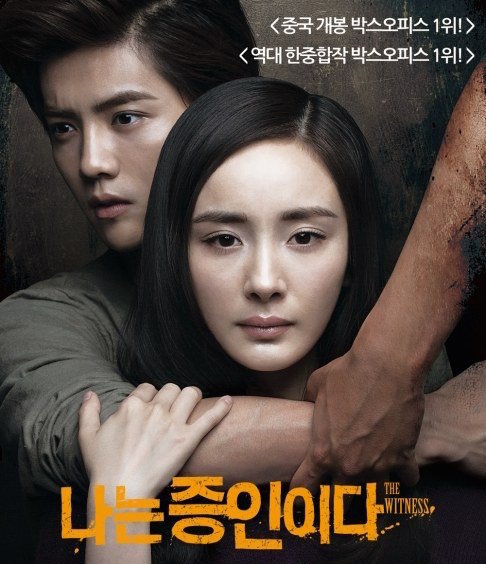 According to news reports on September 4, Korean-Chinese collaborative movie, “The Witness” will be screened in select South Korean theaters beginning this month.

It tells the story of blinded former policewoman Lu Xiaoxing, who lost her brother in the same accident that stole her eyesight. She becomes involved in a serial murder case, along with Linchong (Luhan), that will change her life forever.

The suspense crime thriller premiered in China last year, recording 120 million yuan (approximately $18 million) in ticket sales in the first week alone, and easily took first place at the box office. Notably, it was one of the first instances a Korean-Chinese collaborative film achieved such great success in the Chinese market, setting a precedent for similar future films.

“The Witness” will be screened at the Dongyang Arts Center Theater on September 14, and will be shown at other theaters in a pre-determined order.

Luhan
Yang Mi
The Witness
How does this article make you feel?