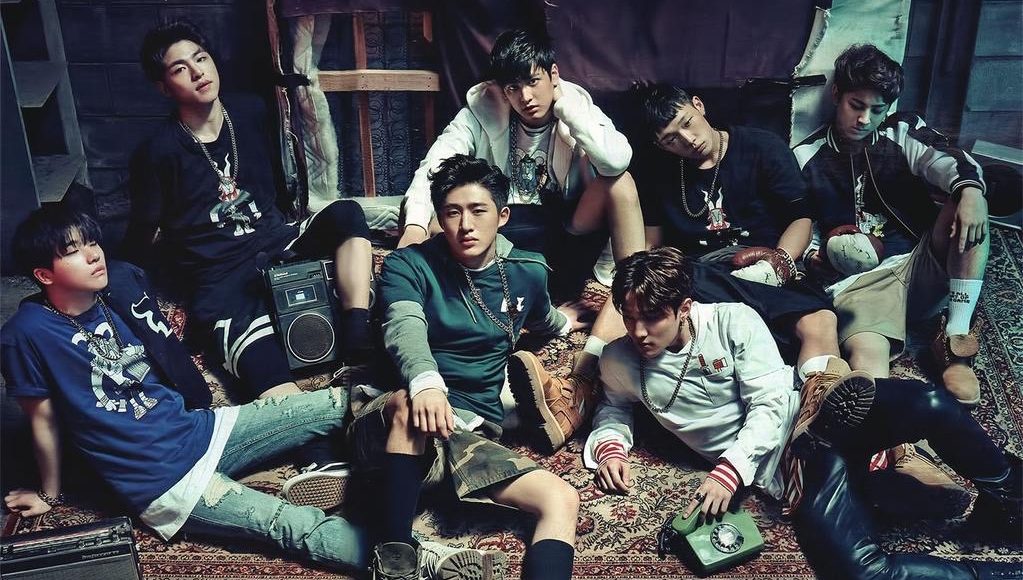 5 Reasons Why We Can’t Help But Love iKON

As iKON and iKONIC celebrate the first anniversary of this talented rookie group’s debut date, we had to join in and share the love for this great group. A primarily hip-hop focused group, iKON is the “monster rookie” group that everyone needs to check out before another year passes! These newbies proved they were ready to compete in the challenging music industry when they took their first win on a music program less than two weeks after their debut in September 2015.

Check out the five reasons why we can’t get enough of iKON!

They are determined and hardworking.

Many K-pop groups are being formed through survival shows, and the process is always stressful and overwhelming for the contestants competing to become musicians. However, iKON had to survive not one but two survival programs – “WIN: Who Is Next?” and “Mix & Match.” In the first show, they competed as Team B with the trainees in Team A, who eventually won the grueling battle show and became the YG group WINNER. Thankfully, all six members of Team B continued to train at YG and eventually passed through “Mix & Match,” where the maknae Chanwoo was added.

Their determination was evident back when they were just six members competing together as Team B in “WIN: Who Is Next!” Watch this emotional final performance where they talked about their struggles and brought practically everyone to tears!

It is great to see their hardworking perseverance pay off, and we hope they will have long successful careers ahead of them!

Their friendship with WINNER

As was obvious in the end of the previous clip, all eleven trainees have been close despite the competition between the two groups. They have celebrated each other’s success, and been together through the stressful training period. Thankfully, the two groups are still close even though they have debuted and interact quite frequently in the YG family!

The newest addition to the perfect interactions between these two groups is the collaboration between Bobby and Mino. As two of YG Entertainment’s most promising new rappers, neither of them disappointed with the energetic releases that came out recently. Watch the upbeat and fun music video for the track “HIT ME” for a taste of their talented friendship!

We are looking forward to more interactions and projects between the members of both of these new groups!

They are amazing dancers.

If dance is an art, then the members of iKON were artists before they even debuted. Yang Hyuk Suk always recognized them as the best dancers even when they were Team B. They continued to improve, and by the time “Mix & Match” came around, the original six members were able to help instruct the three new trainees that were added.

See just a little bit of their dancing talent in the clip below!

For a more polished performance, watch this clip of them performing a sexy and smooth routine for their second survival show.

It is remarkable how much they have improved in dancing under the watchful eyes of B.I. in the practice room!

They are incredibly versatile.

Even though iKON is known as a primarily hip-hop group, they have not failed to surprise us with other styles of music as well! They have also released an impressive amount of eight music videos, not counting their Japanese releases, to keep their fans busy.

Enjoy their music video “Apology,” where they give us an emotional track that showcases the members’ vocal talent!

For those who prefer the upbeat hip-hop feel that iKON masters so well, watch their music video “Dumb & Dumber” below.

It is amazing that both of these music videos are from the same group, and it is unique to see rookies broadening their horizon so soon!

They know how to have fun!

The energetic members of iKON truly know the meaning of work hard and play hard! Whether they are poking good fun at one another or living it up onstage, they all know how to cut loose and have fun when they need to. Their fun-loving attitudes can be a surprise to those who have watched videos of them practicing nonstop, but it’s nice to see that they can relieve their stress and make each other laugh.

For a glimpse of their playful personalities, do not miss this hilarious video of them performing EXID’s “Up & Down” for thousands of fans!

Seriously, how were they all not laughing as hard as Bobby was?

What makes you love iKON the most? Let us know in the comments!