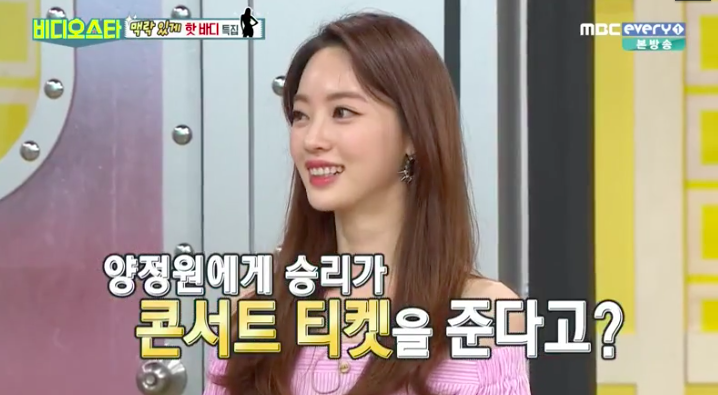 During the show, the MCs ask Yang Jung Won about her relationship with BIGBANG member Seungri, whom she is known to be close with.

“I heard that [Seungri] gives those difficult-to-get BIGBANG tickets to Yang Jung Won and even paid for her mother’s tab at a restaurant before. How did you get to know Seungri?” the MCs asks.

“For a while now, we’ve had a close nuna-dongseng relationship,” Yang Jung Won says. “I went out to eat [with my mom] and coincidentally ran into [Seungri]. We ate separately, and when we were finished, we discovered that without saying anything, Seungri had paid for the tab and left.” 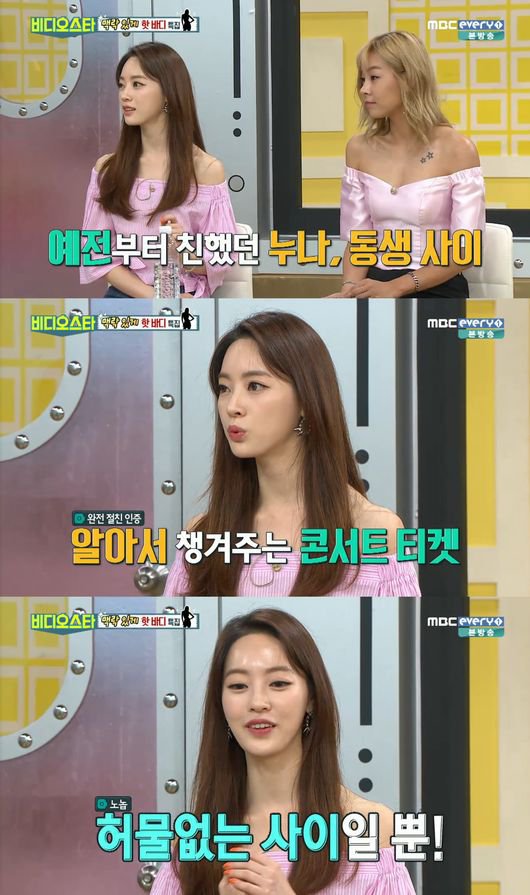 “For the concert tickets too, even though I don’t tell [Seungri] I want to go, he says to me, ‘If you want to come watch, I’ll get them for you,'” Yang Jung Won reveals.