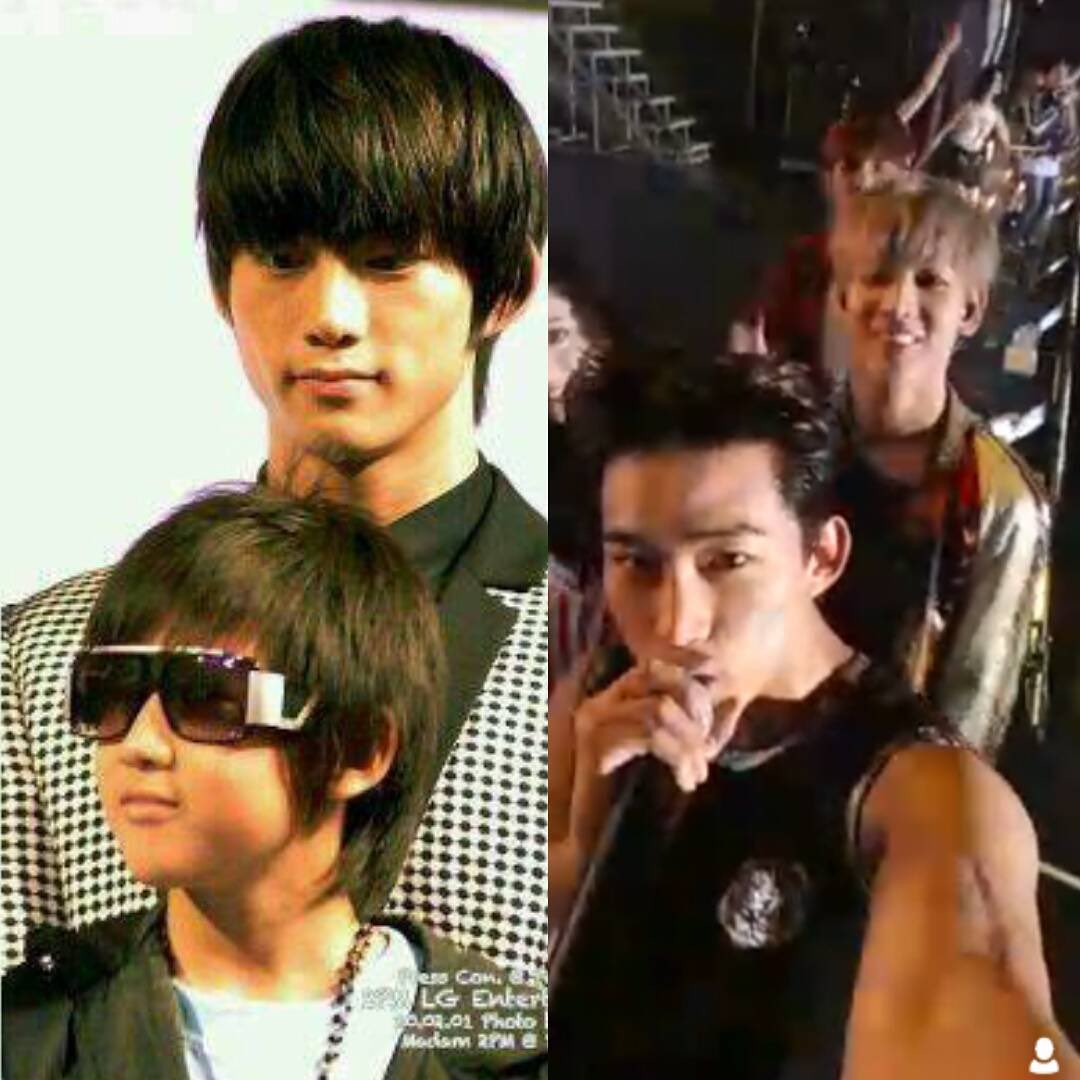 Sometimes, you don’t realize how much you’ve grown unless you look back at your old photos.

On September 6, GOT7’s BamBam shared an amusing collage of himself and 2PM’s Taecyeon from 2010 and 2016. In the photos, the young idol clearly has grown a lot since entering JYP Entertainment in 2010, as his cheeks have lost their baby fat.

Even more noticeably, BamBam used to only reach Taecyeon’s shoulders, but now parallels his height, emphasizing his growth spurt over the last six years.

Meanwhile, JYP Entertainment artists recently finished up their company’s “MIX & MATCH” concerts in Tokyo, which were held on September 2-4.

GOT7
BamBam
2PM
Taecyeon
How does this article make you feel?