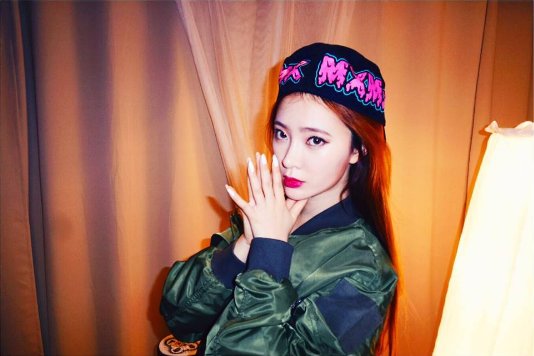 On September 4, singer Chris Brown posted a short montage of covers fans have made of his songs. The first person featured is no other than EvoL’s former leader SAAY!

SAAY previously uploaded a video of her singing and dancing to “Fine China” at the end of 2015, and posted a short preview on her Instagram as well. While it’s been a while since she’s posted the cover, she couldn’t help but express her excitement at finding out Chris Brown had watched her video.

Omg what an honor! I took this #finechina cover vid almost 1year ago.. Sending all ma love from South Korea!???? thank u guys so so much, sweet dreams! xoxo?@chrisbrownofficial

Watch her amazing full cover of “Fine China” below!

Thanks to coco cloud for the tip!

EVOL
SAAY
How does this article make you feel?