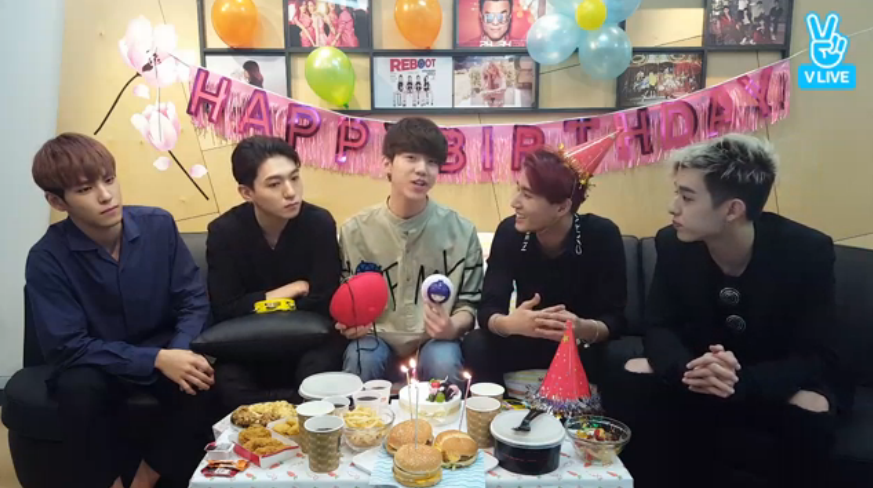 On September 7, the group celebrated their first anniversary with fans via a live broadcast on Naver’s V app. Complete with party hats, balloons, and plenty of food, the guys celebrated by chatting to their fans about the past year together.

Member Wonpil says, “I’ve been waiting for this day all of my life.” The guys express their gratefulness to their fans, with Sungjin saying, “I think this is all because of the love that fans have given us.”

Sungjin tells off the members for picking at the food in front of them, but it’s too late to stop. Eventually he gives in and says, “I think it’s impolite to not eat food that’s been placed in front of you.” He explains, “We haven’t eaten a proper dinner yet so we’ll just eat this,” and a true mukbang begins.

The guys then play a game where they have to reveal their embarrassing photos whenever they lose, but the game doesn’t go as planned and they all end up having to reveal their photos anyway! 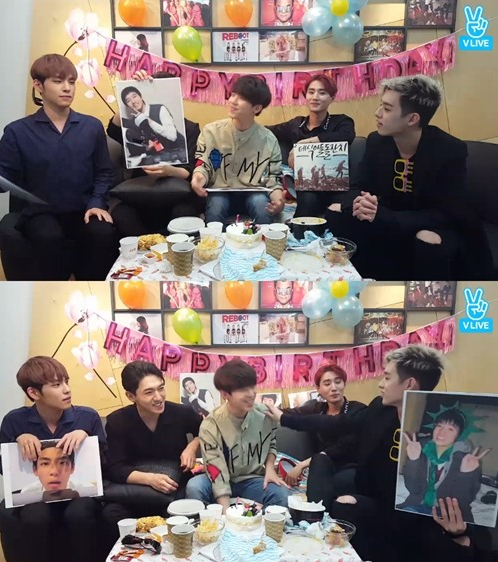