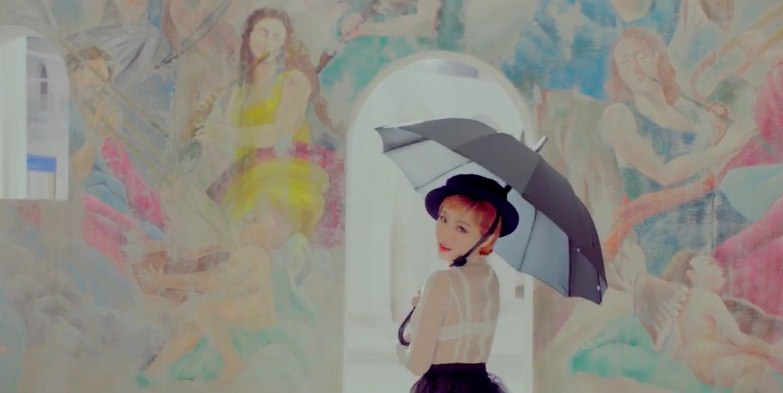 Ga In is back with a new solo release!

On September 9 at midnight KST, Ga In released the first part of her two-part studio album, entitled “End Again.” This release includes five songs in total, featuring the title track “Carnival (The Last Day).” Ga In is planning on releasing the second half of the album, entitled “Begin Again,” later on.

Watch her music video for “Carnival (The Last Day)” below!

Ga In’s first music show comeback stage will be on KBS’s “Music Bank” on September 9. She hosted a live show on V app on September 8 to countdown to her comeback, and will be holding a showcase to celebrate the release of “End Again” at 9 p.m. KST on September 9.