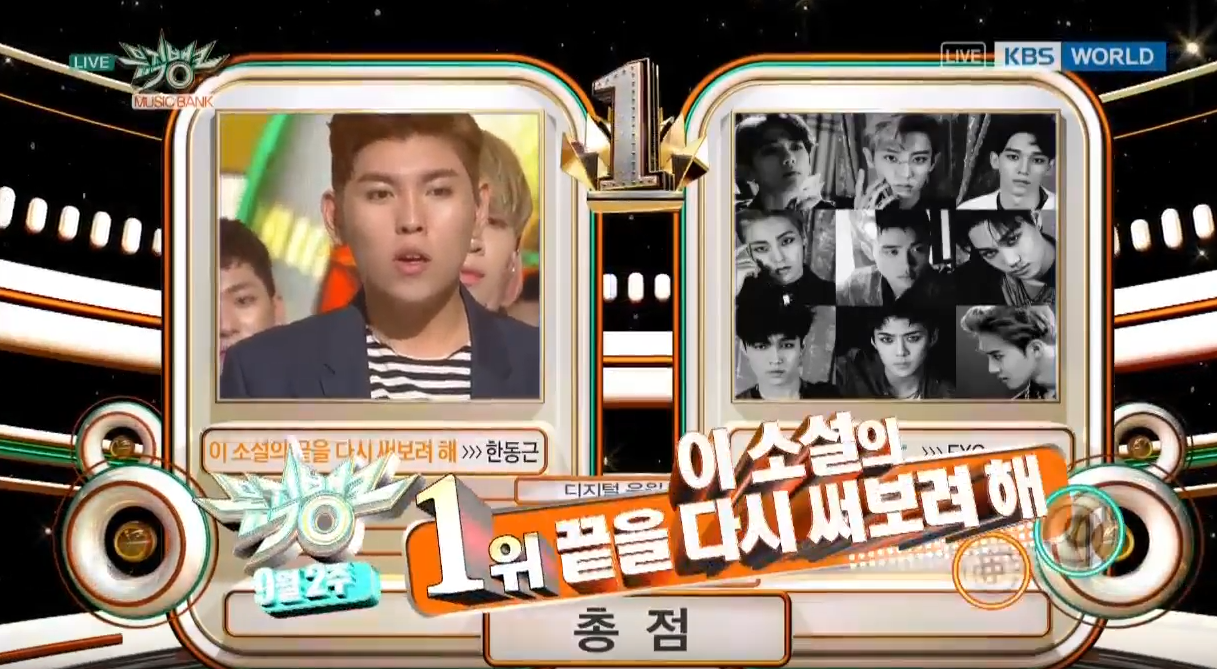 The September 9 episode of KBS2’s “Music Bank” featured Han Dong Geun’s “Making a New Ending for This Story” and EXO’s “Lotto” as candidates for first place. Han Dong Geun ends up getting his very first music show win and is completely shocked and happy. He even bows down to the ground to show his gratefulness.

It’s especially meaningful as “Making a New Ending for This Story” is actually his debut song that he released two years ago. He is currently promoting his new track “Amazing You,” but his debut song has been experiencing great popularity on music charts recently.

Watch the winner reveal and performances below!