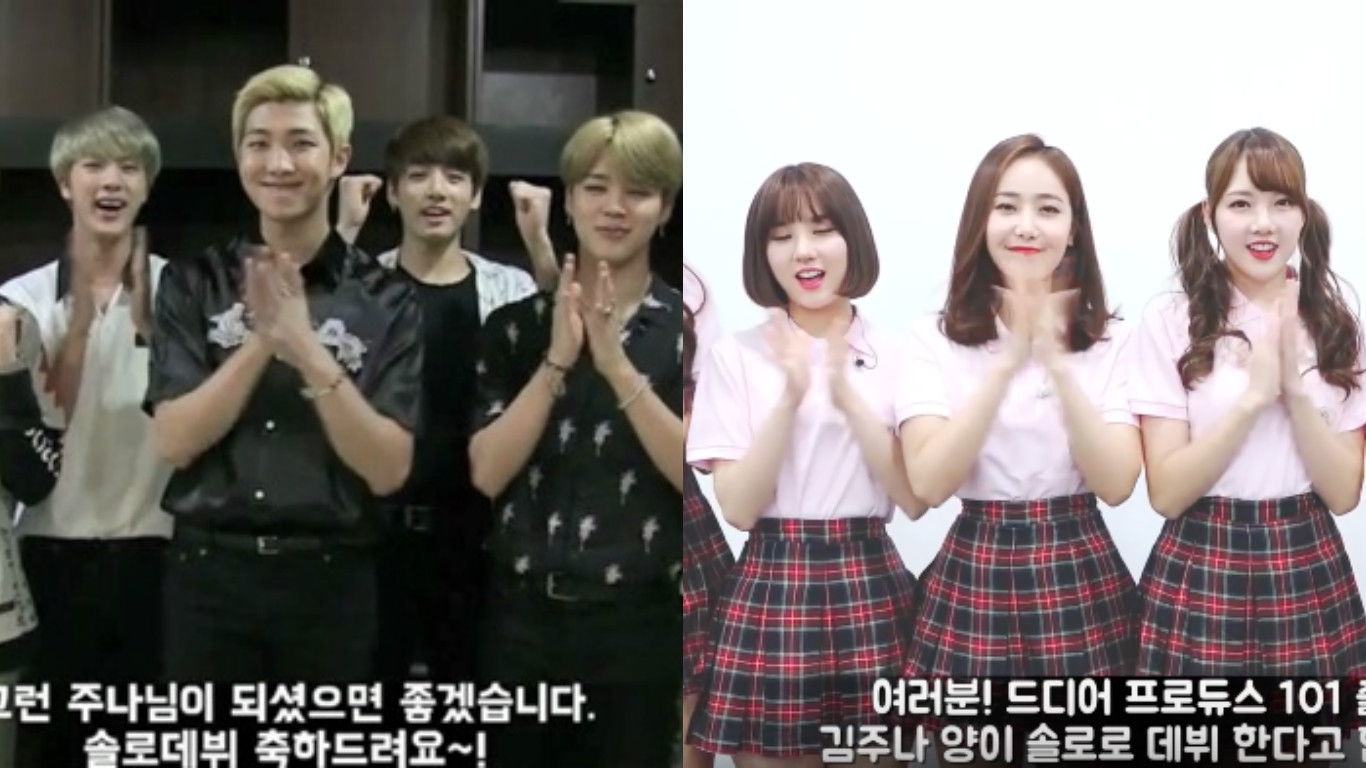 In BTS’s video, Rap Monster says, “‘Produce 101’ alum Kim Joo Na is making her solo debut. We sincerely congratulate you and hope that just like your name Joo Na, you can give happiness to many people.”

In GFRIEND’s video, the girls take turns sharing their encouragement for Kim Joo Na, saying, “There were really a lot of fans waiting for Joo Na’s solo [debut], and as we are also fans who cheered on Joo Na in ‘Produce 101,’ we look forward to Joo Na’s solo activities.”

Kim Joo Na will make her solo debut on September 12 with “Summer Dream.”

GFRIEND
BTS
Kim Joo Na
How does this article make you feel?