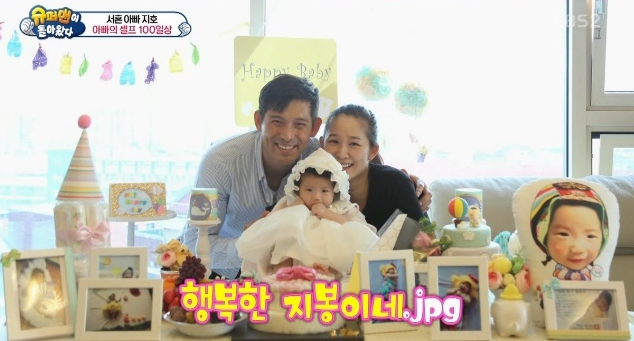 Oh Ji Ho has survived the rite of passage for many of the courageous dads on the KBS variety show “The Return of Superman.”

Oh Ji Ho is in the midst of interviews for his upcoming movie “Showdown” and he took time to talk about how he is doing on the variety show.

When asked if he ever regretted coming on the show, he answered, “My first filming was when the baby was a 100-days-old and it was the first time that I watched the baby alone. I was preparing an event for my wife and taking pictures and I had a mental breakdown.”

He continued, “It was so difficult for me and I felt like I was distressing the baby. I wondered then if I would just tell the writers of the show that I wanted to quit because it was so hard. The writers must have noticed this because they asked me, ‘It’s difficult, isn’t it?'”

It didn’t get easier, however, as he confessed, “Afterwards, the next filming was difficult too. But I decided to think more positively, because it’s not easy to film my daughter growing up and show her later. I thought it would be great for my daughter. I also think it’ll help with naturally developing her social skills as well. I persevered thinking that this will have a much better influence on her later.”

Catch up with Oh Ji Ho and his adorable daughter on the latest episode of the show on Viki here below!

The Return of Superman
Oh Ji Ho
How does this article make you feel?