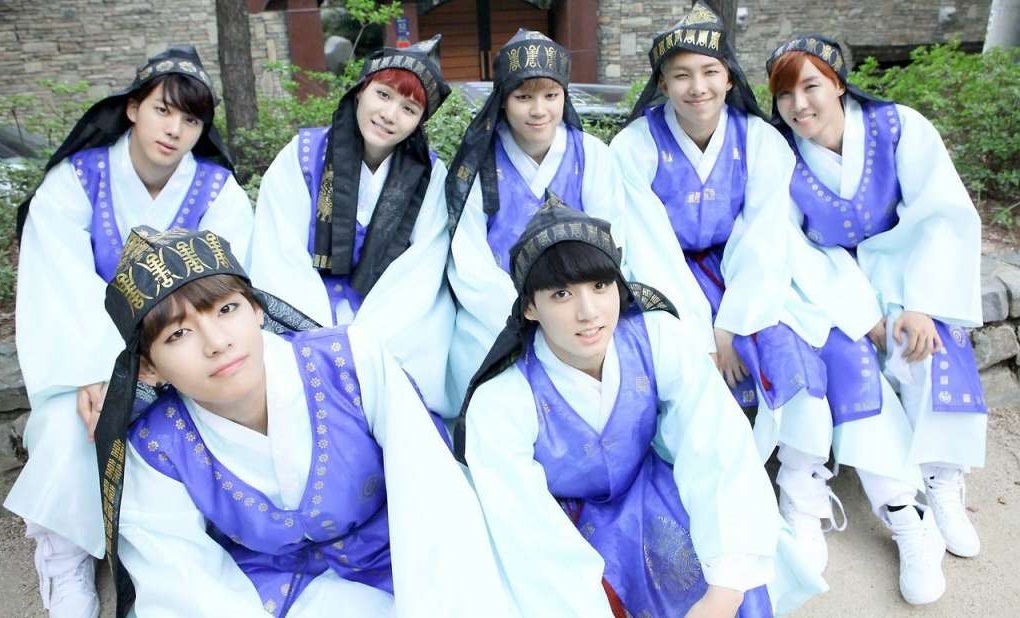 11 Chuseok Performances To Make You Thankful For K-Pop

With the mid-autumn harvest festival Chuseok, Koreans are preparing to go to their hometowns to share food and give thanks. Here are some Chuseok K-pop performances to make you thankful for the presence and hard work of all your favorite K-pop idols! Idols in cute and colorful hanbok are sure to liven up any Chuseok festivities!

You knew this was going to be in this list when you read the title! Back in 2014, the only thing I knew about them was that they were fierce. Then I chanced upon this gem of a dance practice, which changed my impression forever. Just try to keep calm at the sight of how pretty Jin is in a hanbok!

Undeniably the most colorful “Mansae” performance ever, and probably my favorite simply because the colorful hanbok goes so well with this bright and energetic song. That the “Meanie” couple have matching hanboks is the cherry on top!

Unlike most of the performances in this list, “Highway Romance” isn’t a Super Junior original; however, this performance is fun and entertaining, just like most Super Junior covers. I mean, how often do you see people rapping in hanboks?

VIXX has released several amazing tracks since “On and On,” but there are good reasons why STARLIGHTs keep going back to this performance. The warning at the start of the video says it all: “It is so funny, you might pass out.” I can’t understand how Leo kept that straight face throughout!

Secret hasn’t had a comeback in more than two years, so this is for Secret Time who must miss them. Can you believe it’s been five years since “Shy Boy” was released?
Unlike most times when artists perform their songs in traditional hanboks, these modern hanboks really go with the cutesy theme, and remind us how fashionable traditional garments can be.

We’re used to watching STELLAR in sexy outfits, but in this special version of “Sting” STELLAR donned traditional hanboks and modified the choreography to fit the theme. Watch out especially for Gayoung’s rendition of the Korean traditional dance.

After School’s Lizzy turned heads with her creative solo debut when she released a trot song coupled with a folktale-inspired MV and dance video. Lizzy dons a hanbok-inspired dress while her dancers are dressed in more traditional costumes, giving a creative twist to the the retro theme.

The latest group to perform in hanbok, Cosmic Girls are the first idols this year to remind us that Chuseok is just around the corner. The modern and colorful hanboks they wore for their “Music Bank” performance definitely gave a different feel to “Secret.”

Boys Republic – “The Real One”

Boys Republic woke up early and headed to the beach one cold winter morning just to film this. This was so good, though, we wouldn’t have been able to tell if not for the thick coats at the start. Watching Boys Republic look all comfortable in their hanboks make us want to don ours too!

It’s called the “eye contact” version, but really should be called the “cute version” instead. From all that aegyo to the celebratory mood, this is certainly the happiest version of JJCC’s “Fire” and is not to be missed.

Considering Shinhwa’s epic career, it’s surprising we haven’t got more footage of them performing in hanboks! And what is chuseok without a bit of traditional trot music? This performance of Shinhwa’s Shin Hye Sung and Kim Dong Wan’s cover of Park Sang Chul’s “Unconditional” may be short, but it sure is precious!

10twentyeight grew up watching dramas and has been blogging about them for the past six years. This is very early, but she is really looking forward to Shinhwa’s comeback!