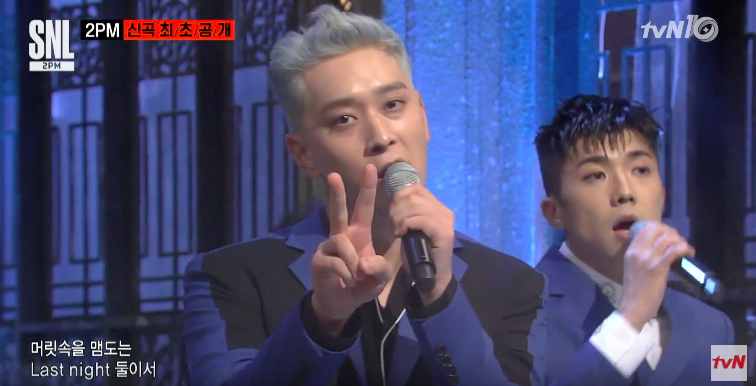 2PM treats fans to a preview of their title track “Promise (I’ll Be),” performing it for the first time ever on “SNL Korea 8.”

Donning the suits from their teasers, the members of 2PM sing “Promise (I’ll Be)” live for the audience. However, it looks like they want to leave at least the choreography for “Promise (I’ll Be)” to your imagination, as they refrain from dancing as a group during their performance.

Meanwhile, 2PM hosted “SNL Korea 8” on September 10, and all kinds of hilarity ensured. The group is slated to make a comeback with the release of their album “Gentleman’s Game” on September 13 at midnight KST.

What do you think about their title track “Promise (I’ll Be)”?

Support the artist by buying Gentlemen's Game from YesAsia
2PM
SNL Korea 8
How does this article make you feel?