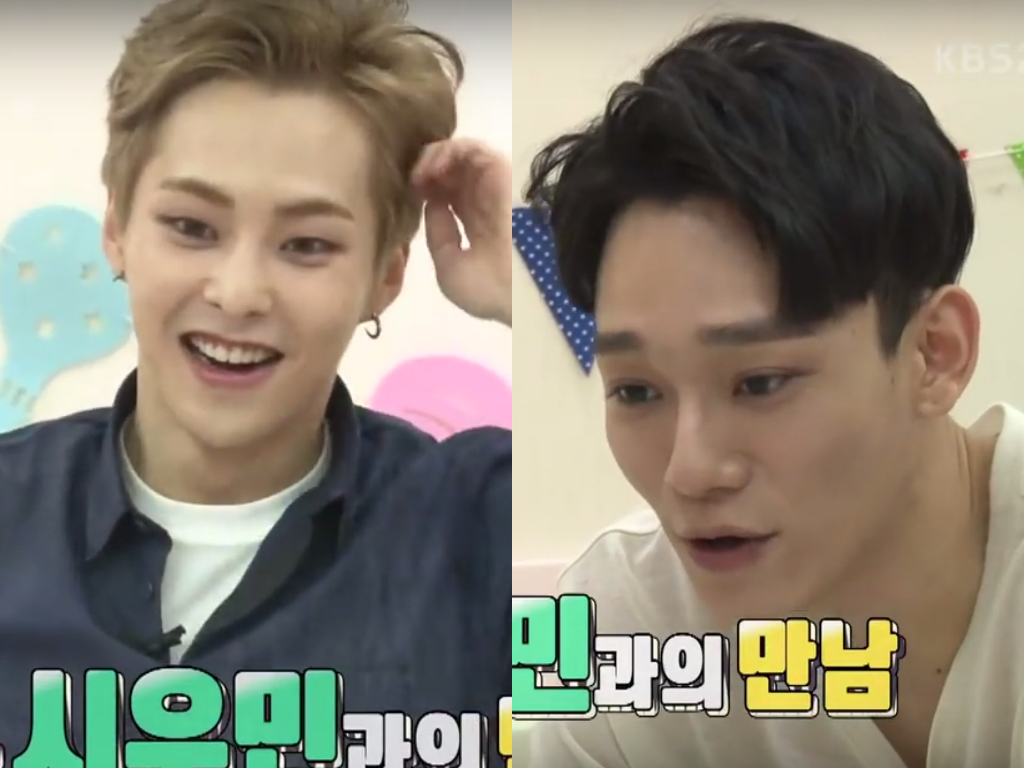 At the end of the September 11 episode of KBS2’s “The Return of Superman,” a preview for next week’s episode shows the singers adorably playing with the brother-sister pair.

They surprise the SoDa siblings, and appear in front of them wearing masks. Chen dons a cut-out of Da Eul, emphasizing their similar features, while Xiumin hides behind a mask of Epee (also known as Loopy), who is Da Eul’s favorite cartoon character.

In the brief preview, they show off their baby-sitting skills as they make Da Eul giggle, and cater to the children’s whims. 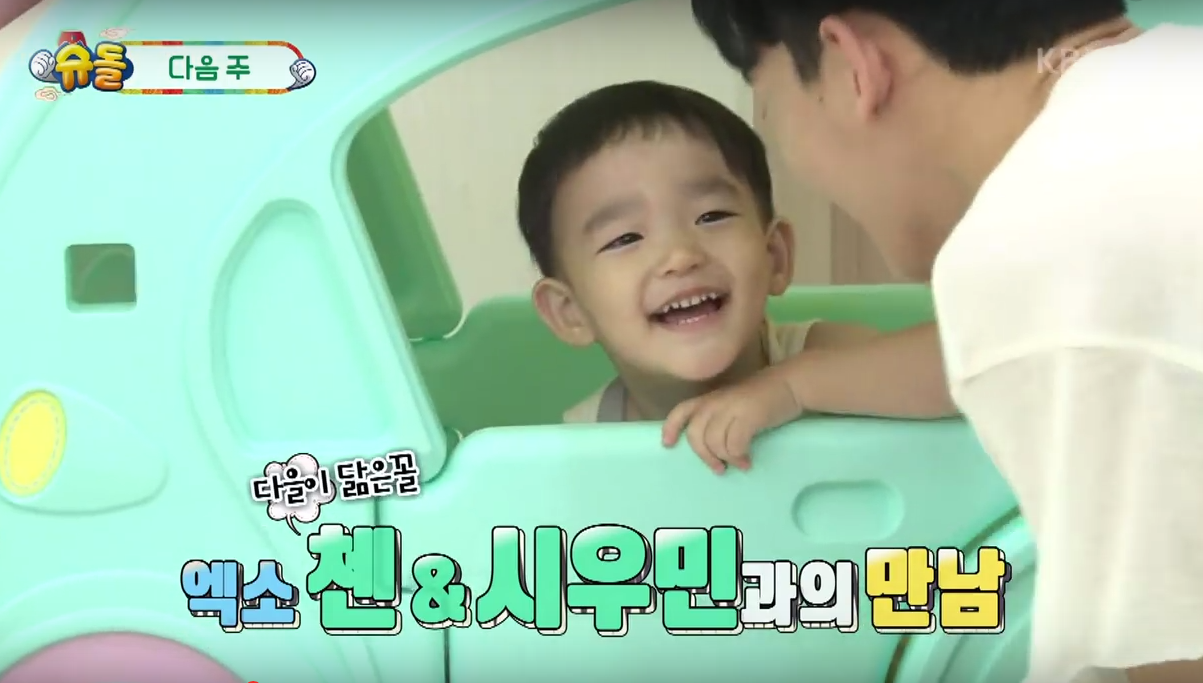 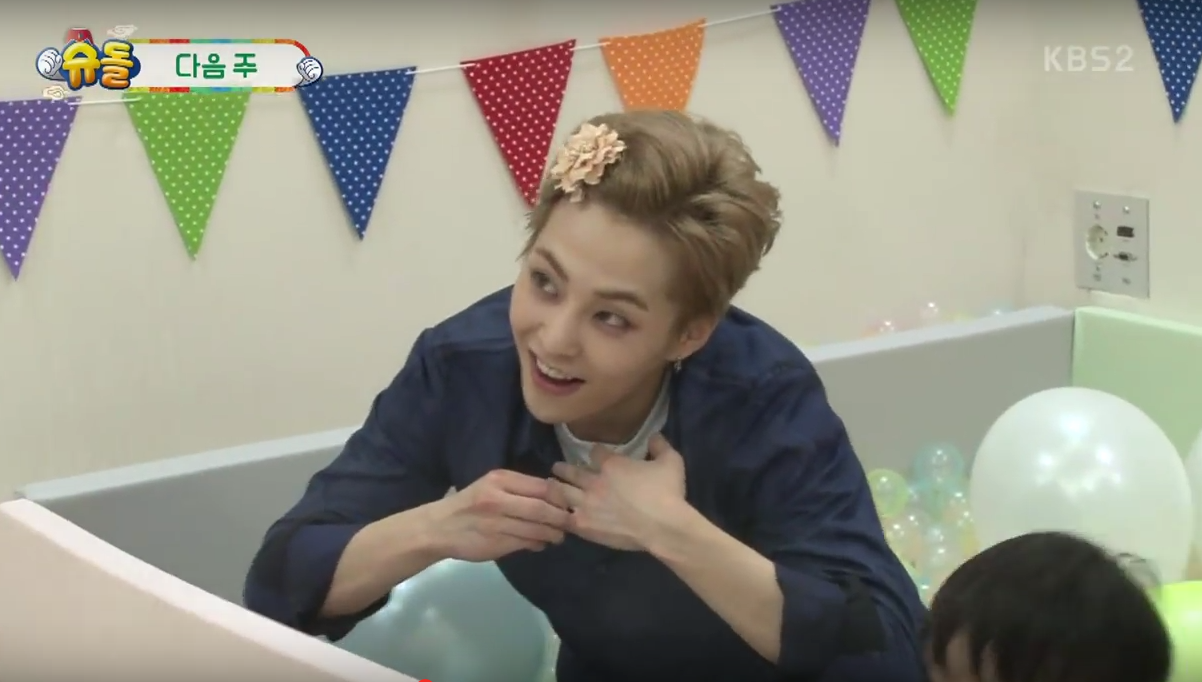 EXO’s second appearance on the show has been highly anticipated ever since news reports previously revealed that Chen finally met Da Eul, who many insist looks very similar to the idol.

This exciting episode of “The Return of Superman” will air Sunday, September 18 KST.

Watch the preview below, and be sure to check out today’s episode as well!

EXO
Xiumin
The Return of Superman
Chen
How does this article make you feel?